SPRINGFIELD, Mass. - Just as language evolves, so too does the Merriam-Webster dictionary — which added 455 new words in October.

"Fluffernutter," "dad bod" and "deplatform" are among the new words added, the dictionary's editors announced Wednesday.

"New terms and new uses for existing terms are the constant in a living language, and our latest list brings together both new and likely familiar words that have shown extensive and established use," Merriam-Webster said in a statement.

New words related to online culture and communication include "TBH," an abbreviation for "to be honest," and "deplatform," to remove and ban (a registered user) from a mass communication medium — such as a social networking or blogging website.

Another word added, "digital nomad," refers to someone who performs their occupation entirely over the Internet while traveling.

"We’ve been communicating online for decades now, and pandemic-related circumstances have only increased the practice," Merriam-Webster said.

Other pandemic-related words added are "breakthrough," an infection occurring in someone who is fully vaccinated against an infectious agent, and "long COVID," a condition that is marked by the presence of symptoms that persist for an extended period of time following a person's initial recovery from COVID-19 infection.

What is a COVID-19 breakthrough case?

While breakthrough cases have become more common as the highly contagious delta variant spreads, the COVID-19 vaccines have still proven remarkably protective and effective against hospitalizations and deaths.

Words from politics added include "vote-a-rama," defined as an unusually large number of debates and votes that happen in one day on a single piece of legislation to which an unlimited number of amendments can be introduced, debated, and voted on.

Several new food-related words were added, such as "fluffernutter" — a sandwich made with peanut butter and marshmallow crème — and "horchata," a cold-sweetened beverage made from ground rice or almonds and usually flavorings such as cinnamon or vanilla. 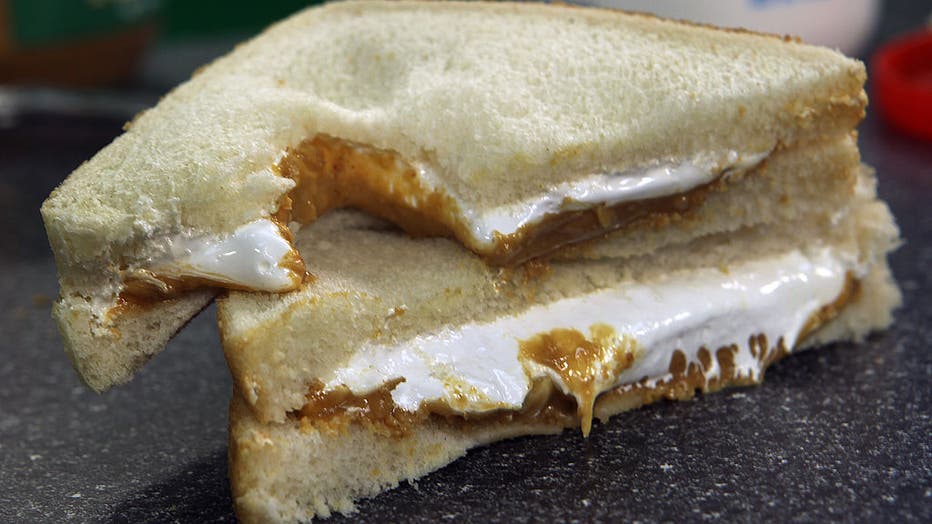 FILE - A fluffernutter sandwich with peanut butter and marshmallow fluff on white bread is pictured in a file image taken on Nov. 30, 2012, in Boston, Massachusetts. (Photo by David L. Ryan/The Boston Globe via Getty Images)

"Many new food terms come from the cuisines of cultures that speak a language other than English, but this batch also features a venerable and all-American regionalism, along with new ways of cooking and organizing food preparation," the company said.

Related to medicine, the term "fourth trimester" has been added — which refers to the three-month period immediately after giving birth in which the mother typically recovers from childbirth and adjusts to caring for her infant.

In pop culture, "dad bod" means "a physique regarded as typical of an average father; especially: one that is slightly overweight and not extremely muscular."

Merriam-Webster, which is based in Springfield, Massachusetts, was founded in 1831 as G. & C. Merriam Co. The company has been in continuous operation since that time and was later renamed Merriam-Webster, Incorporated.

In 2020, Merriam-Webster named "pandemic" as its word of the year — unsurprisingly.