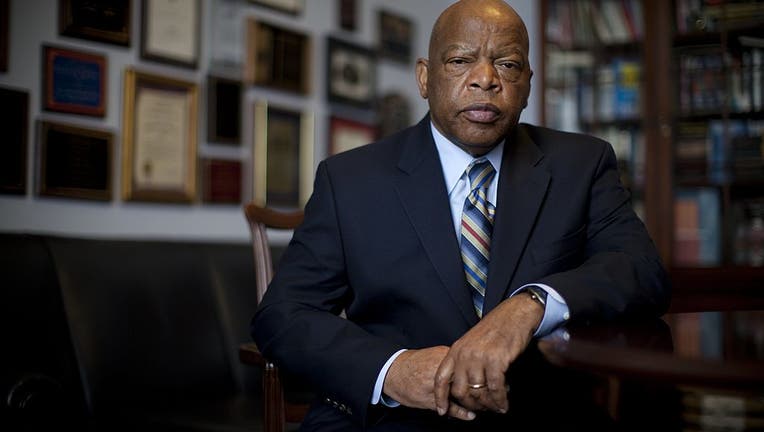 WASHINGTON D.C. - MARCH 17: Congressman John Lewis (D-GA) is photographed in his offices in the Canon House office building on March 17, 2009 in Washington, D.C. The former Big Six leader of the civil rights movement was the architect and keynote spe ((Photo by Jeff Hutchens/Getty Images) / Getty Images)

ST. PAUL, Minn. (FOX 9) - Flags at state and federal buildings will be flown at half-staff Thursday to honor the late Congressman John Lewis, who recently passed away.

Minnesota Governor Tim Walz ordered for the flags to be at half-staff from sunrise to sunset on Thursday. This order follows a six-day celebration of life for Lewis.

Lewis was an outspoken leader for civil rights and notably led the march from Selma to Montgomery and spoke at the March on Washington. He represented Georgia in Congress for 33 years. In December, Lewis was diagnosed with pancreatic cancer. He was 80 years old when he passed away.

Businesses, organizations and people are encouraged to participate in lowering their flags as well.