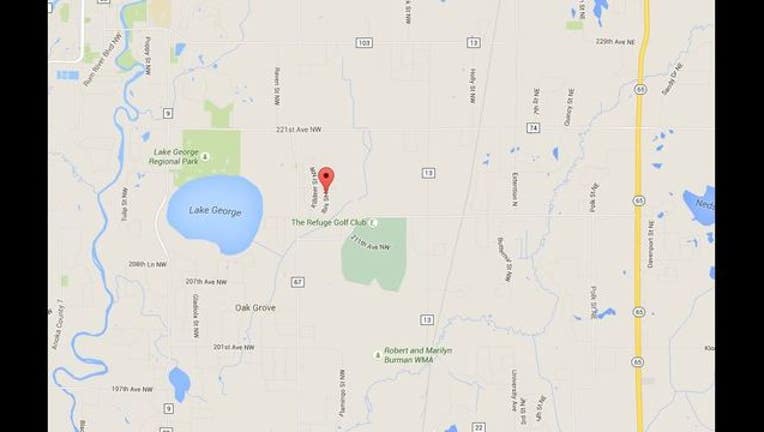 An elderly woman was rescued from a house fire on 196th block of Ibis Street in Oak Grove, Minnesota.

Crews were called to a house fire on Ibis Street around 7:00 p.m. The first people to arrive on the scene, Allina paramedics William Griep and Benjamin McAulisse, entered the burning home after hearing an elderly female remained trapped inside.

With the help of Anoka County Deputy Christopher Fahey, the paramedics located the woman, who was unable to move on her own, and carried her out of the burning building. The woman was transported to Mercy Hospital, where she was treated for smoke inhalation.

Oak Grove Fire Department was able to put out the fire, which destroyed much of the home.

Anoka County Sheriff James Stuart said it is likely the woman would have died in the fire if it were not for the combined efforts of the first responders.

"After a career in public safety, I am never surprised to see public servants commit heroic acts,” Stuart said in a statement. “However, I am sometimes still surprised at how quickly they willingly put themselves into harm's way in order to protect another.”