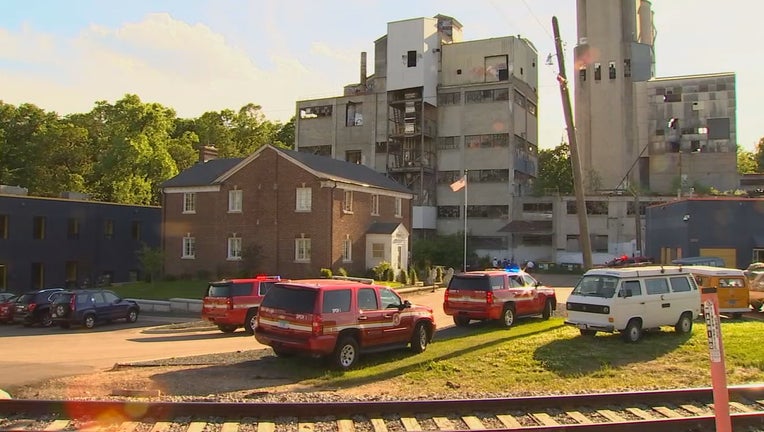 Emergency crews had to perform a technical rescue to save a woman who fell at an abandoned mill in Minneapolis. (FOX 9)

MINNEAPOLIS (FOX 9) - A woman needed to be rescued after she fell about 15 feet at an abandoned mill in Minneapolis, according to Minneapolis Fire Battalion Chief Reid Hanson.

Hanson says crews responded around 5 p.m. to the 300 block of Thomas Avenue N. Responders learned three people trespassed on the property and bypassed the security measure to get inside.

"Due to the nature of these abandoned mills, there's a lot of hazards from metals, broken glass, open holes, fall hazards from multiple stories without railings," said Hanson.

Hanson says a woman in the group fell through a hole about 15 feet. Firefighters had to perform a technical rescue to bring her safely to the ground. Emergency crews took her to Hennepin County Medical Center. Hanson says she appeared to suffer multiple fractures, including a possible rib injury. She is expected to survive.

"Minneapolis Fire has responded numerous times over the years for these technical rescue incidents where people trespass on an abandoned property and get themselves into trouble where we have to risk our safety to go help them," said Hanson. "We do our best to save people and that's not always been the case. Fortunately today, this patient got out alive and is safely being treated at Hennepin."