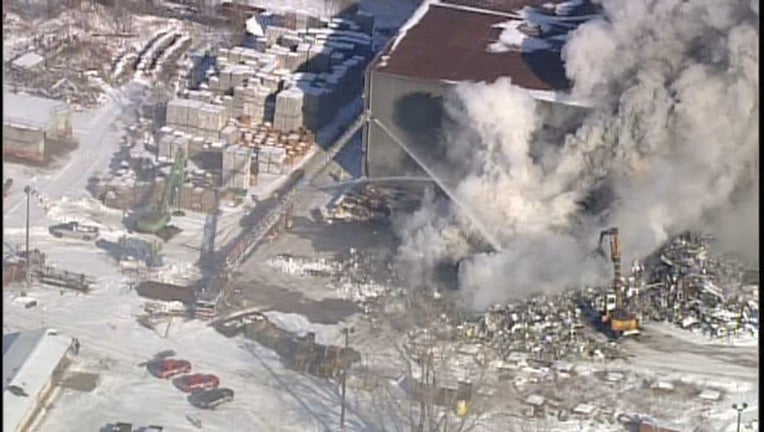 A fire broke out at AMG Resources in St. Paul.

Mokosso says the fire happened outside and there was no structural damage to AMG Resources or injuries to staff.

While crews battled the fire amid frigid temperatures, the majority of the fire has been knocked down. Firefighters are working to pull apart the debris pile and put out any hot spots to prevent the fire from reigniting.