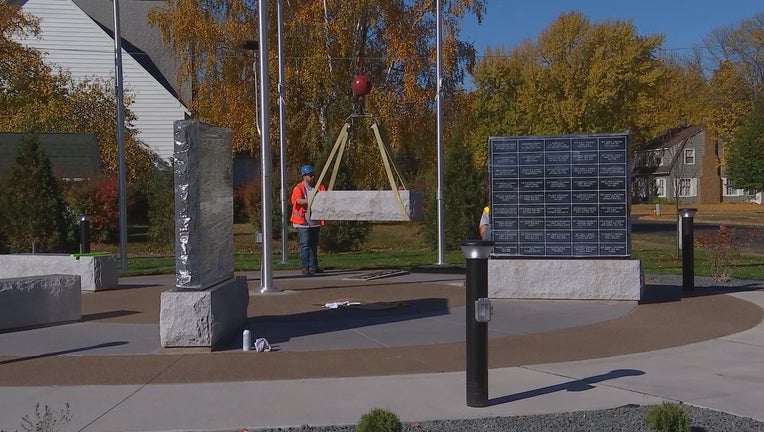 The park has been a passion project for years for veterans such as Clark Swanson.

A new veterans memorial in Cambridge, Minnesota is ready to be unveiled to the public.

“To me it’s very beautiful, means very much to me, and I think it means a lot to the community too,” said Clark Swanson, the Veteran Memorial organizer.

For Swanson, it’s personal. He fought in the Battle of Khe Sanh, and knows all about meaning of honoring veterans.

“When I came home from Vietnam it was kind of a tough time,” said Swanson. “We weren’t treated too well. And I was kind of upset and over the years, I thought we can’t let that happen again.”

It’s how and why, the pillars of service are set in stone. Three granite walls contain the names of 270 service members going back to the Civil War.

“We have no tanks, no guns,” said Jim Rostberg, a Navy veteran and former Isanti County Veterans Service Officer. “It isn’t about the war, it’s about the service member. It’s about what they did.”

And, what some are still doing.

“I was talking to the monument guy and he added a phrase, ‘Some gave all, all gave some,’ and he said some are still serving. And that’s all with disabilities, and they’re going to serve for the rest of their life,” said Curt Haugen, a Vietnam veteran and the project manager.

At least now, their dedication is set in stone.

“We just want everyone to be here and be together and reflect on what’s gone on and what is going on,” said Swanson.

There will be a dedication for the memorial on Friday at 6 p.m.