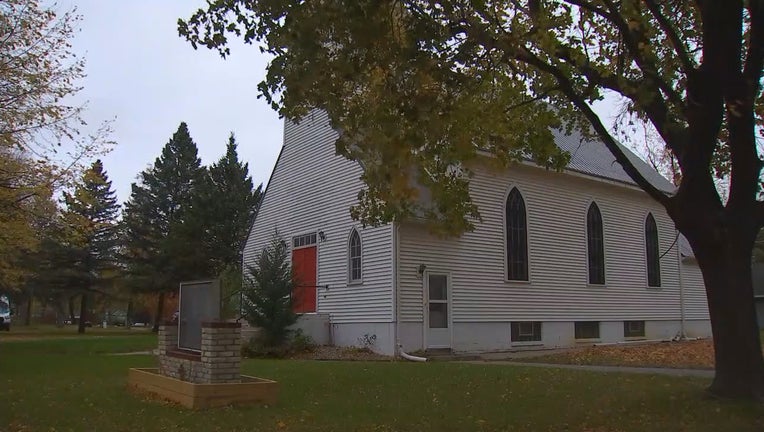 Asatru Folk Assembly,a religious group that’s been labeled a hate group by the Southern Poverty Law Center, received approval to use a former church in Murdock, Minnesota as a regional hub. (FOX 9)

MURDOCK, Minn. (FOX 9) - The fight over a Whites-only church in Western Minnesota has found its way to court.

One of the leaders of the Asatru Folk Assembly asked a judge for a restraining order against the organizer of an opposition community group that’s been trying to educate the public about the Murdock, Minnesota church.

Fight over western Minnesota Whites-only church ends up in court

The fight over a Whites-only church in western Minnesota has found its way to court.

That organizer, Victoria Guillemard, is a second-year law student at Mitchell Hamline.

Community members took to the streets last fall when followers of Asatru Folk Assembly sought to acquire the abandoned church for their own worship services. A pastor told a packed city hall meeting their services were for Whites only.

The residents of Murdock, Minnesota showed up to oppose a controversial group that wants to set up shop in the town.

Opposition to the AFA quickly formed their own organization called the Murdock Area Alliance Against Hate, of which Guillemard is a founder.

"Our main focus is to educate our community and our community members about the negative impact that racism and white supremacy have on communities such as Murdock," she said.

The Murdock City Council held a final vote on a permit to allow an organization, considered by many to be a white supremacist group, to plant roots in a small western Minnesota town.

AFA leader Jason Plourde took her to court seeking a restraining order. He argues Guillemard was "harassing him through social media accounts."

The judge ruled that the AFA was a group of "public concern." The judge also said Plourde "failed to establish that respondent targeted or harassed him."

The judge went on to say Guillemard’s views were "public matters and she has a right to express those concerns under the law."

The restraining order was denied. The issue walks the line between freedom of religion and freedom of speech, but the judge ruled the speech on social media did not "reach the level of harassment as required by Minnesota statute."