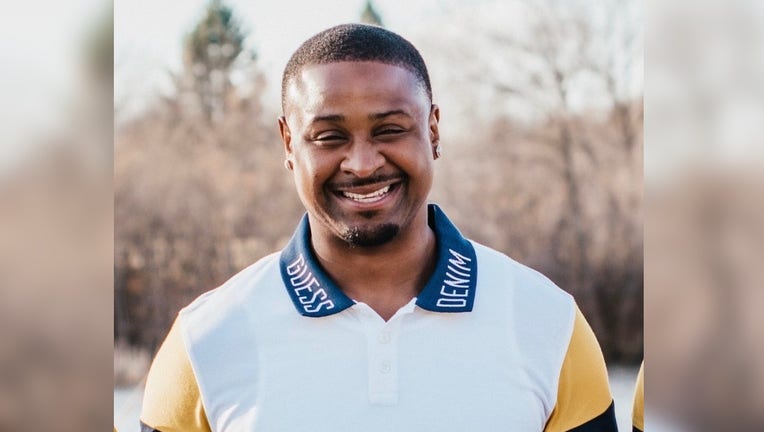 Keith Dawson has been charged in connection to an exchange of gunfire that led to his stepson's death, according to Woodbury police. (Family)

WOODBURY, Minn. (FOX 9) - After 14-year-old Demaris Hobbs-Ekdahl was fatally shot in Woodbury, his stepfather appeared in court Tuesday, charged in connection to the incident.

Keith Dawson has been charged with several felony counts including drive-by shooting and assault for his role in the shooting.

Family members spoke out after the stepfather of the teen killed in a shooting in Woodbury was charged in connection to the incident.

Meanwhile, the boy’s family is demanding an end to the violence.

"This has to stop," said Pittman. "It has torn my family into pieces. Jesus Christ. It’s got to stop. I don’t understand. My baby’s life is gone. He did absolutely nothing wrong, he tried to stay out of the way. He’s a good kid."

According to a combination of family, police reports and court documents, Demaris, his brother and some other young friends and family members were at a graduation party on Edgewood Avenue Saturday when a group they have had some issues with in the past showed up with a gun.

The group allegedly tried to rob Demaris’ brother, so the boys called home. That’s when Keith Dawson, their stepdad, came to the scene to "scare" the trio and get them to "stop messing with his kids." Dawson allegedly fired what the family describes as warning shots from his vehicle.

The armed group responded, opening fire themselves. Demaris was struck in the back as the boys tried to drive away.

"My brother-in-law, Keith Dawson, is not a bad person. He did not do anything wrong. These three thugs have been harassing my nephews for over a year now, and my brother-in-law has been trying to protect them," said Demaris’ aunt.