Family shares story after they were held hostage in Cottage Grove, Minnesota

A couple is sharing their story after they were held hostage by a carjacking suspect in Cottage Grove, Minnesota.

COTTAGE GROVE, Minn. (FOX 9) - A family is speaking out about the terrifying moments a carjacking suspect held them hostage in their home in Cottage Grove, Minnesota.

Lisa and Craig Patterson were at their house Monday morning when an armed suspect kicked in their front door while police pursued him through their quiet cul-de-sac.

Family and law enforcement sources confirm the suspect was 34-year old Noah Erickson of White Bear Lake. Police have said Erickson was involved in a violent crime spree in the east metro that morning which included abduction, sexual assault and a pair of carjackings.

“I just froze, and he was coming at me with the gun. I just went backwards, and I immediately just sat right back down,” Lisa recalled. “He asked, ‘are there any guns in the house?’ That was the first question, and I put up my hands and I said ‘no guns in the house.’

Then, the suspect asked who else was in the home. Two of the Patterson’s grown daughters were sleeping upstairs.

“Lisa’s saying, ‘it’s my husband. Please don’t shoot. He doesn’t have a gun,” said her husband Craig. “Just begging for my life.”

Prior to bursting into the Patterson's home, the man took a woman's car at gunpoint in Maplewood, forcing her to drive with him back to her St. Paul home. There, sources say, he tied up the victim and a housemate and sexually assaulted one of them. The suspect then stole a vehicle from the home and fled. Once free, one of the female victims called 911 to report what had happened.

St. Paul police officers were able to locate the vehicle in Cottage Grove using GPS technology. That's when he ran into the Patterson's home.

“[The man] said, ‘I think I’m gonna die today.’ And I told him, it doesn’t need to be that way. My heart went out to him in that moment, seeing the conflict in him. You kinda think what is so bad that you’re contemplating taking your own life for this,” Lisa said.

“I said, ‘it doesn’t have to be that way. You can put the gun down and I’ll walk out the front door with you, and we can lay down and this will be over,’” Craig said. “He contemplated it for 3-5 seconds and said 'no.'”

“We heard the garage shut where he had gone out. Craig immediately just flew back upstairs and told the girls, ‘there’s a gunman in the house.’ They were rushing downstairs…that terrifying moment. I thought are we really doing this? And they went out the door and we just ran,” Lisa said.

The suspect stole a pickup truck from the home and drove around the police barricades before crashing into a tree. He then took off on foot and eventually encountered police officers at the end of the Pattersons' block. Erickson and officers exchanged gunfire before he turned the gun on himself. 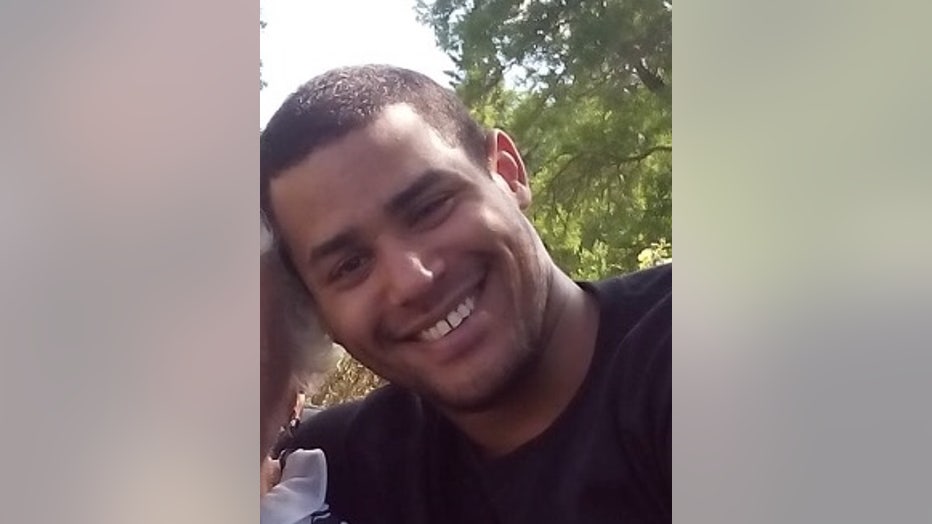 Noah Erickson's family confirmed Noah died in the incident. According to the BCA, he died by suicide. (Erickson Family)

The terror and harm that Noah inflicted on innocent persons during his final hours amplifies the heartache that we feel over his death.  Noah struggled with severe emotional disorders and drug addiction throughout his short life.  Having adopted him as an infant, we had little information on genetic or prenatal causes for these behaviors.  Nevertheless, my wife and I never gave up hope that someday he might rise above his significant problems to become a happy and productive adult.  Literally dozens of caring professionals and agencies offered assistance to us throughout Noah's childhood and adult years.  But in the end, they were still not enough to keep him on a different path.

As Noah's parents and siblings, we will now shoulder the task of seeking forgiveness from those he so terribly wronged.   We deplore what he did.  But our love for this imperfect son is even stronger now, stronger than death itself.  We still love the troubled man who was once the beautiful, energetic and precocious boy who stole our hearts, only to break them.