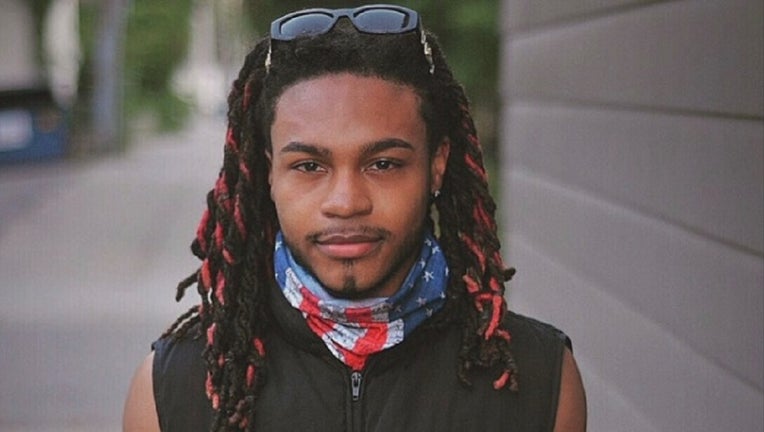 Ahmud Carrington lost his life to a drunk driver in 2020. (Supplied)

(FOX 9) - It’s been one year since Keiana Carrington received a call that would change her life forever.

Her son, 22-year-old Ahmud Carrington, died after the car he was driving was hit by a drunk driver in Brooklyn Park, Minnesota. Police said the drunk driver was reportedly driving on the wrong side of Hwy. 169 prior to the crash.

"It was really hard to lose him," says Carrington. "What I remember the most is how he made friends with any and everybody; it didn’t matter who you were. He just liked to have a good time. Now we don’t have somebody that was working on making a major impact on the world through music."

The music is all his friends and family have left of Carrington, who went by the rap name Madi Wayne.

To honor a person they describe as loving and giving, his sister decided to put on a show sharing his songs with loved ones.

"I just wanted everybody to come out and hear his music all be around each other since it’s been hard on all of us and grieve together," said Carrington’s sister, Erica Woods.

His family hopes his words at the showcase will make people think twice about driving under the influence because they don’t want to see the curtain call on another life too soon. "If you’re going to go out and have fun, then do that but have a driver. Plan a Uber it’s not worth someone’s life."

Ms. Carrington says in light of her son’s death, she is advocating for changes in the law.

"I would like to see harsher punishment because my son is not here anymore and she is still here with her family," Carrington says about the woman charged with vehicular homicide in connection with her son’s death. "She will probably only serve five years."