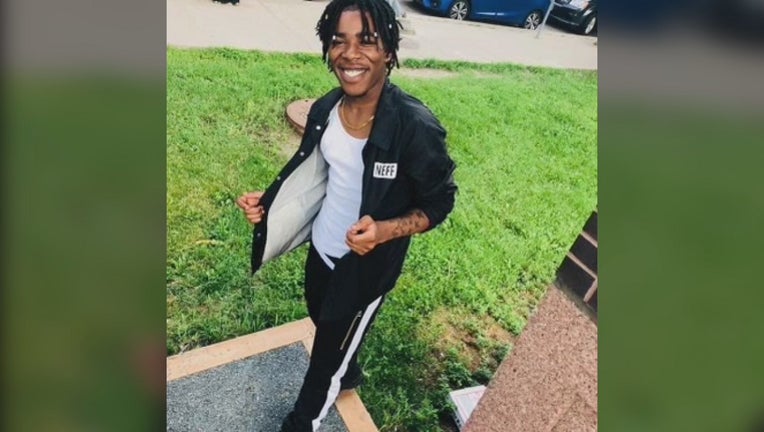 MINNEAPOLIS (FOX 9) - A bystander who was shot and killed trying to chase down a man who ran from the scene of a crash is being remembered as a hero who was trying to do the right thing.

Family members say Kavanian "Polo" Palmer was the man who was gunned down along Broadway Avenue in Minneapolis on Friday as he ran to help after a car crash.

A bystander who was shot and killed trying to chase down a man who ran from the scene of a crash is being remembered as a hero who was trying to do the right thing.

A ceremony and news conference was held on Tuesday to remember Palmer.

"He was a protector, he was a big brother, he had a lot of brothers," his mother Kim Palmer said as her young daughter wiped away her tears. "He helped anybody. He had a good heart." 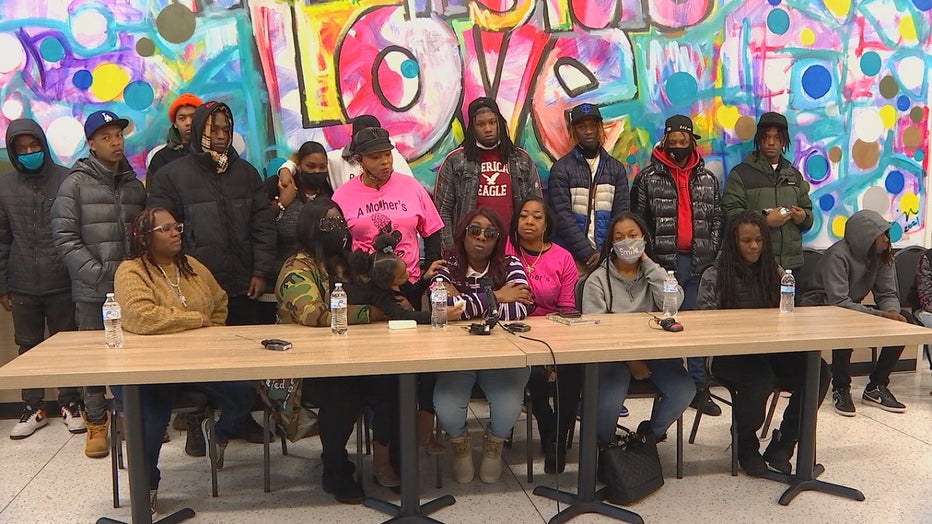 Police say the suspect, identified as 36-year-old Robert Hall was involved in a crash near West Broadway Avenue and Lyndale Avenue. Witnesses told police that Hall ran a red light and crashed into another vehicle.

The charges state that Palmer and two others tried to detain Hall when he attempted to run away, and Hall shot and killed Palmer during the altercation.

Family members honored Kavanian Palmer as a hero on Tuesday after the young man was gunned down in Minneapolis after he tried to intervene and stop a man who ran away after a car crash.

Police say Hall then ran to a nearby Cub Foods and attempted a carjacking there. But, again, police say bystanders with the anti-violence group We Push for Peace intervened and helped hold down Hall until officers arrived.

Also, at the news conference on Tuesday was the woman that police say Hall tried to carjack. She came to offer her support to the family.

"I just wanted to let the family know that I appreciate their son and his bravery, and because of him I’m alive," said Michelle Ramsey.

Hall is charged with second-degree murder. He told police the gun went off accidentally during a struggle with Palmer.

Tuesday afternoon, family members and friends also participated in a balloon release to honor Palmer. As the balloons were released, the crowd yelled, "Long live the hero" for Palmer.