The family of a teen is grieving the life of their son after he was killed nearly two weeks ago – the result of an alleged shoe sale gone wrong. FOX 9’s Paul Blume has more.

(FOX 9) - The family of a teenager killed during a bogus shoe sale meetup in Plymouth earlier this month is speaking out about their loss, and their efforts to make change.

"His life was just cut short over some shoes, I mean, I still don't understand why anybody would take a life," Yaseen Johnson’s mother, Thelma Gaye told FOX 9’s Paul Blume during an interview Monday at her Albertville home.

The 17-year-old Johnson thought he was going to buy a high-end pair of shoes on Nov. 14, when he was shot dead in cold blood instead, according to authorities. 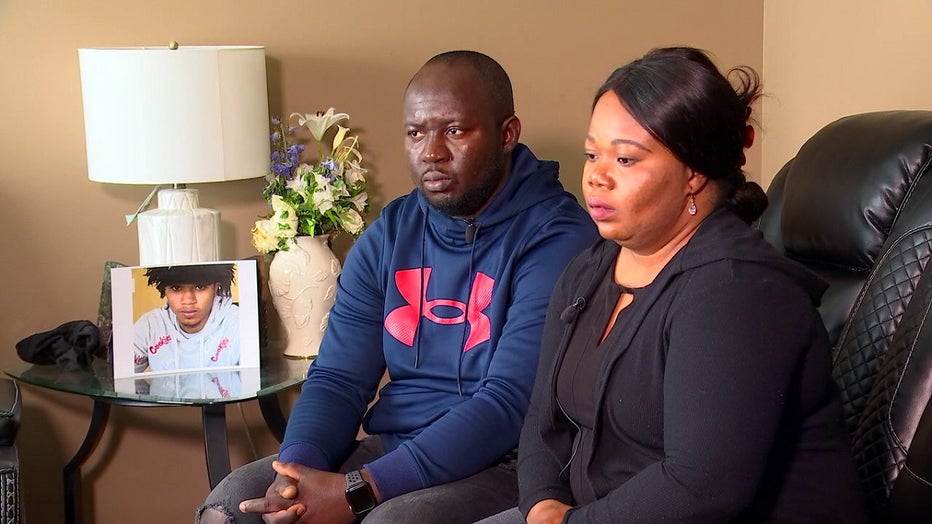 The alleged gunman is in jail, charged with murder. But police continue to search for a possible accomplice.

Johnson’s family said the senseless loss of life has left them shattered, destroying their Thanksgiving and holiday season.

Instead of celebrating, they will gather for a funeral on Saturday, Dec. 3.

What has shaken them to their core is the young man, who was on a path to go into nursing, asked permission to head out that evening, having no idea the whole thing was an apparent set-up.

Gaye claims she can no longer sleep at night knowing what happened to her son, saying, "I sometimes think about what if, what if, what if? You know, but there are no answers."

"It is devastating what happened to our family, this loss. This is going to take a long time, and we are never going to forget about this loss," Johnson’s stepfather Carter Horace added. 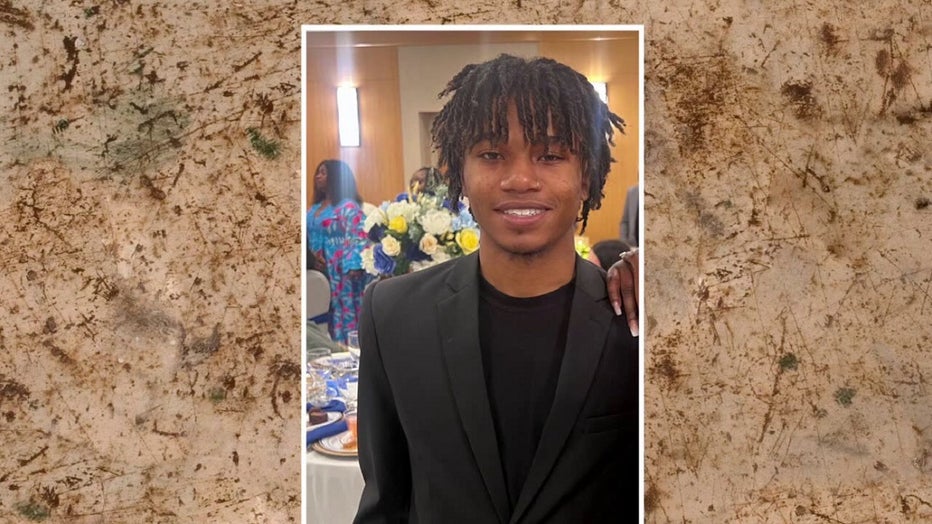 Johnson was a senior at Rogers High School. He was nicknamed General after a grandfather who served in the Liberian military.

He was shot and killed during what authorities have described as a robbery set-up. He believed he was meeting up with some sellers to buy an expensive pair of shoes. Instead, court documents state he was ambushed. Augustus Sirleaf, 19, is now behind bars.

"He just loves people and trusts everybody and everything," said Johnson’s mom. "In a text message to his friend, he asked him how you know this guy. They said they're not going to scam me. So he just took their word for it."

"He went to buy some shoes, and he gave the person the money. And they still killed him because they wanted their shoe back," Corey Johnson, the teen’s father added. "After he passed them the money, he looked at one shoe and gave the kid the money and the kid said, give me the shoe back. And they murdered him."

Johnson’s family was in court for Sirleaf’s first appearance last week, unable to fathom the cold blooded, senseless nature of the plot.

They are now raising money to launch a non-profit in the young man’s name to tackle teen gun violence and create safe spaces for those wanting to safely complete online transactions for something like a pair of pricey kicks.

"We can work together for a foundation to create a safe place for teens to meet and sell whatever goods they have to, because no mother should have to go through what I am going through," Gaye said. "People need to take this gun violence serious and people need to take action because, yes, this happened to my child, but it will happen to your child."

Plymouth police said they still need the community’s help tracking down Sirleaf’s alleged accomplice in this deadly robbery scheme. The suspect’s name is Hans Madave. If you know where he is, authorities want to hear from you.