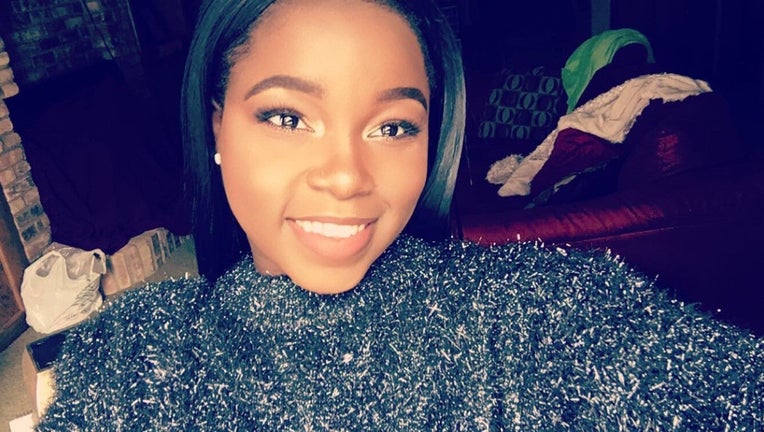 ST. PAUL, Minn. (FOX 9) - A family is begging witnesses to come forward as a woman's murder at a St. Paul bar remains unsolved one month later.

Police say no suspects have been arrested in the death of Nia Black, and while it’s believed many people saw what happened, no one is talking.

Family calls on witnesses to come forward one month after woman shot and killed at St. Paul bar

A family is begging witnesses to come forward, one month after a woman was killed at a St. Paul bar.

Saturday, the family of Nia Black marched through St. Paul streets, calling for justice in her death as part of a push to find answers.

"She didn’t deserve this and so we’re trying to counteract evil with good and light," said mother LaTanya Black.

Nia “Brooklyn” Black was just 23 years old when she was shot and killed last month near the Lamplighter Cocktail Lounge in St. Paul.

"She was a big heart with a lot of zest, tenacity, fight and ambition," said LaTanya.

Police believe at least 50 people were there at the time, many recording on their phones. But, over a month later, no one has come forward.

"We don’t have the information that we know is out there," said Sgt. Mike Ernster. "Somebody has it, most likely multiple have it, but they are not calling and we need them to call."

"We are all standing together," added Mayor Melvin Carter, "and if you’re going to say you’re down for part community, the only way is to be a part of solving this case and ending this cycle in our community for good."

"If this was your loved one, would you be worried about snitching or would you want someone to come forward?" LaTanya asked. "Just put that on your heart as you think about it."

Anyone with information is asked to contact St. Paul Police Department at 651-266-5650.