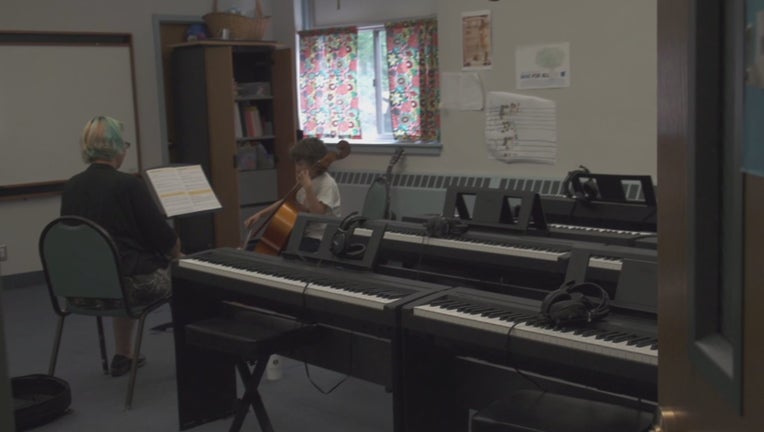 A fundraising effort is in the works to help keep Hopewell Music open in north Minneapolis.

MINNEAPOLIS (FOX 9) - Housed inside a church in the Webber-Camden neighborhood on Minneapolis’ north side is Hopewell Music, a cornerstone of affordable music education for nearly eight years. Now, the school faces the threat of closure.

“This school was founded on the belief that music should be accessible for anyone,” said Andrea Myers, a founding member of the school.

Housed inside a church in the Webber-Camden neighborhood on Minneapolis’ north side is Hopewell Music, a cornerstone of affordable music education for nearly eight years.&nbsp;Now, the school faces the threat of closure.

Myers says the nonprofit underwent a change in leadership in May of last year and only recently discovered that funds were mismanaged.

“We just discovered recently - just within the last week - that we were in a very dire situation and we just needed help to keep our doors open,” said Myers.

The shortfall could impact some 200 students and more than a dozen staff members.

“We are the only music school on the north side,” said Myers. “And if we close, it’ll be a tremendous impact on the community. There will be generations of kids who may not ever receive private lessons, they may not go to a concert; they may not get any general exposure to music, and music is so important.”

Last Thursday, Hopewell launched a fundraising campaign with a goal of reaching $50,000 by Tuesday.

“We put together this fundraiser, we put it out there, we’re like, we know we’re asking you guys to help us accomplish something that may be impossible, but would you try with us anyways?” she said.

Donations would help fuel the power of music in this north side community through spring.

"When we found out that we had this shortfall, we felt it was our duty to just go for it," said Myers.