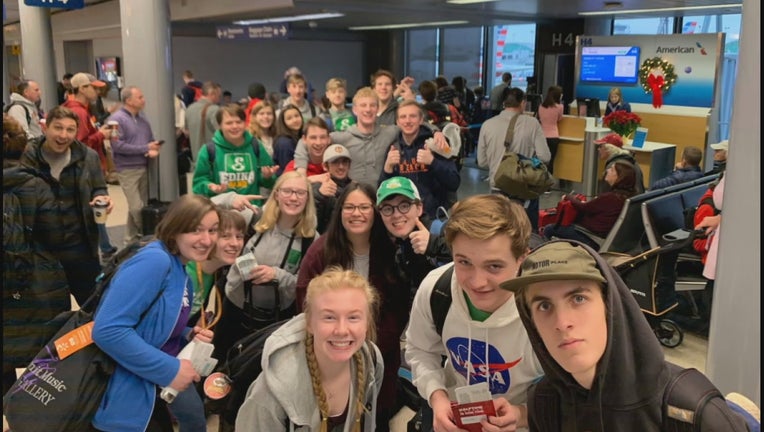 Edina band members are headed south to play at the Outback Bowl and other events leading up to the game featuring the Gophers. (Supplied)

(FOX 9) - The Gophers will have support in Florida from a Twin Cities band next week as the team competes in the Outback Bowl.

The Gophers will have support in Florida from a Twin Cities band next week as the team competes in the Outback Bowl.

After applying last year, they were chosen to be one of a dozen bands and 2,000 performers across the county to take part in the Outback Bowl's iconic mass band halftime show.

"After the polar vortex last year," explained band director Andy Richter. "Any place sounded really good, so we chose the Outback Bowl. It’s over New Years, we get to celebrate, and we lucked out. It happened to be the Gophers as well."

Edina band members are well-versed in packing up their instruments and traveling. They hopped a plane to Hong Kong last year.

Now, after a lot of practice, they'll take part in two parades and a field show festival in Orlando and Tampa -- all ahead of the performance during the game.

Armstrong High School from Plymouth is also traveling from Minnesota Friday. They are playing the package performances for the fourth year in a row.

"The music should come together well," said Richter. "There is basically one formation, so we don’t have to try and coordinate from place to place."

Students are no doubt already enjoying the experience. And as a Gopher alum himself, Richter is looking forward to the band's first time playing a bowl game and reconnecting with some his former students now playing in the University of Minnesota marching band, all while cheering on his team.

"Of course," he said, "this was the year I felt like, 'Oh we could go to Pasadena!' So a little bittersweet but if we had to go to another bowl game, I’m glad I get to go too."