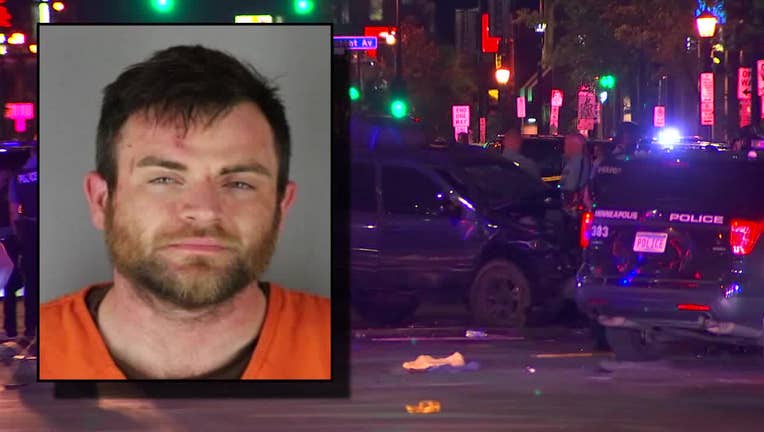 Nicholas Kraus is expected to plead guilty after he allegedly crashed his SUV into a group of protesters, killing one, in June 2021.

MINNEAPOLIS (FOX 9) - The man accused of driving a car into a group of protesters, killing one, in Minneapolis in June 2021 has pleaded guilty.

Prosecutors said Kraus plowed his SUV through a protest at the intersection of West Lake Street and Girard Avenue South in Uptown. The intersection had been blocked off by protesters after federal task force members shot and killed Winston Smith, a 32-year-old Black man.

In court on Monday, Kraus admitted in court he drove into the barricades and crowd on purpose. But, under questioning, said, "I don’t know what my intent was."

He also admitted to being under the influence of an illegal narcotic at the time of the crash and to suffering from a mental health issue, including hearing voices.

Deb Kenney, the mother of Deona Marie who was killed while protesting the death of Winston Smith, spoke at the Capitol following her daughter's death.