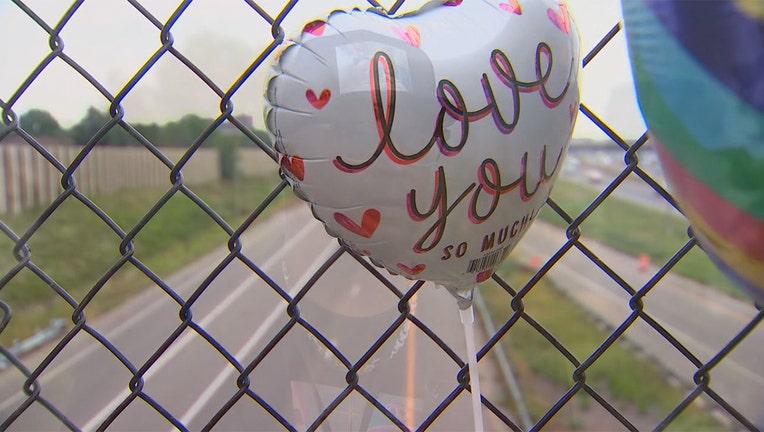 The family of 1-year-old Kareem Miller released balloons Monday near the site of the crash that took his life over the weekend.

BROOKLYN CENTER, Minn. (FOX 9) - A driver is charged in a crash in Brooklyn Center, Minnesota early Sunday morning that left his one-year-old son dead and five other people - including himself - injured.

Hakeem Olajuwan Miller, 25, is charged with two counts of criminal vehicular homicide, including one related to alcohol, and two counts of child endangerment.

The Minnesota State Patrol reported at about 2:30 a.m., Miller was driving a Ford Explorer north on Dupont Avenue when it struck the barrier and went through the fence, landing on its roof on eastbound Interstate 94 below.

Family members are mourning the loss of a one-year-old boy who was killed in a crash early Sunday morning in Brooklyn Center, Minnesota.

Kareem was killed in the crash. The other four children suffered bruises, scrapes and cuts as a result of the crash. None of the children were in car seats, and the 3-year-old and 1-year-old were both sitting on the 9-year-olds' laps, according to the charges.

Miller admitted to troopers he had been drinking prior to the crash, although he claimed to only have had one beer. He took a preliminary breath test that showed he had a 0.09 BAC at the time of the crash. Results from a blood draw taken at the hospital are pending.

Miller is currently in custody.