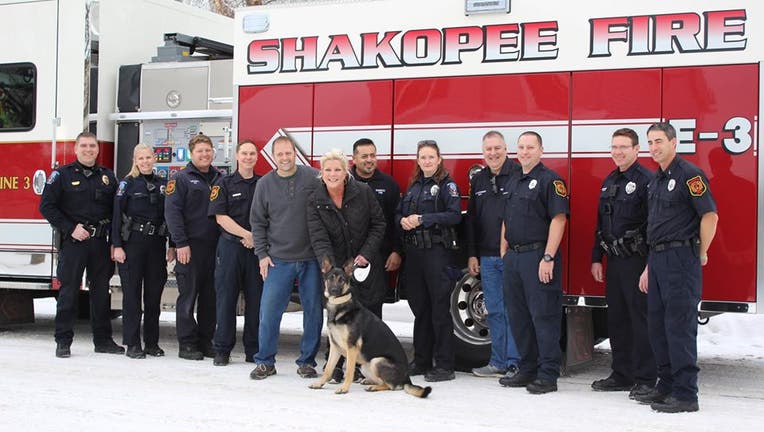 SHAKOPEE, Minn. (FOX 9) - A Shakopee German Shepherd is being credited with helping save its owner’s life last month.

According to the Shakopee Police Department, Lucy the dog started acting strangely enough to wake up its owner Mary Lynn. Mary Lynn rolled over and found her husband having a heart attack. She called 911 and started performing CPR until first responders arrived and took over.

The man was able to make a full recovery, which police say was “due to Lucy realizing something was wrong right away.”

The Shakopee Fire Department reconnected with the family to thank Lucy Sunday.