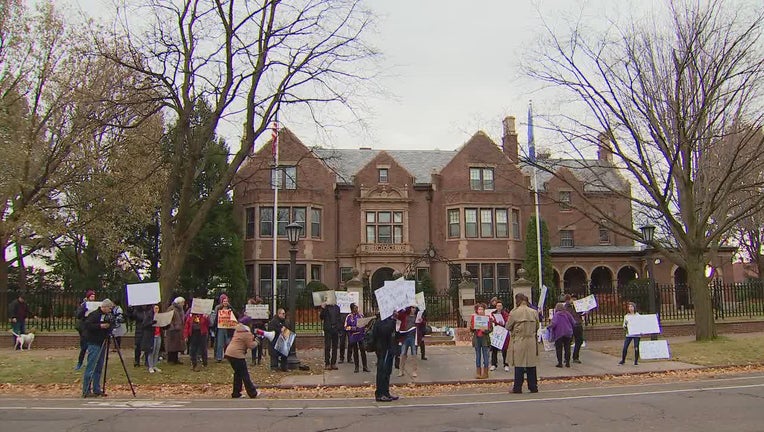 The group rallied outside the governor's mansion on Sunday.

ST. PAUL, Minn. (FOX 9) - Demonstrators were outside the governor's residence on Sunday, calling for Governor Tim Walz to close the Beltrami County Jail.

The call comes after the death of an inmate last year. Authorities say 27-year-old Hardel Sherrell died of pneumonia while being held. But the family’s own investigation found he was suffering from a rare condition known as Guillain-Barre Syndrome that can leave a person paralyzed.

Demonstrators were outside the governor's residence on Sunday, calling for Governor Tim Walz to close the Beltrami County Jail.

They've filed a lawsuit, blaming doctors and medical personnel for not properly testing and diagnosing along with correctional staff for not recognizing the gravity of the situation.

Sherrell's mother Del Shea Perry has sent a letter to Governor Walz asking if she can sit down with him and have a conversation about what needs to happen moving forward.

"They need to be held accountable," said Perry. "Apparently they think that they're above the law and that's not OK. It's unacceptable what they did to my son. And we cannot stand by and do absolutely nothing as if it's OK."