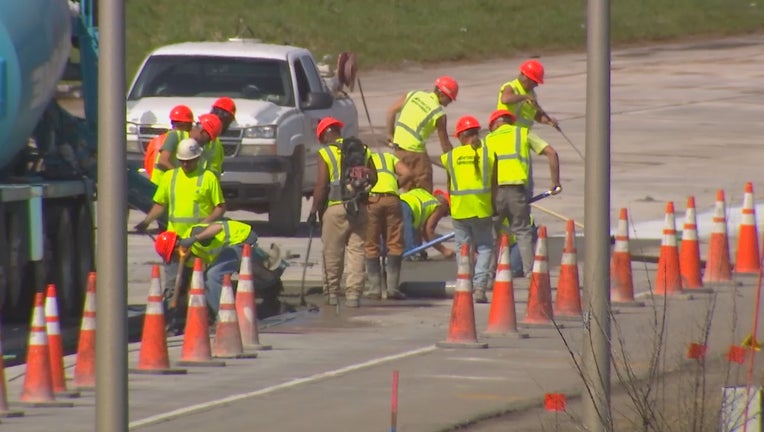 MnDOT crews work on the roads amid the stay-at-home order. (FOX 9)

BLOOMINGTON, Minn. (FOX 9) - The decreased traffic throughout the Twin Cities metro area due to the stay-at-home is having an impact on road construction projects.

“Because traffic is lighter than normal, we’re able to close some lanes and some ramps that we wouldn’t be normally able to close,” said Dave Aeikens, a Minnesota Department of Transportation spokesman.

The decreased traffic throughout the Twin Cities metro area due to the stay-at-home is having an impact on road construction projects.

Highway 5 near the airport is under construction. In March, MnDOT was warning travelers to give themselves an hour of extra time to cope with an anticipated gridlock. However, with more people working from home and less people flying, that’s not the case.

“Still going to want to give yourself 10 to 15 minutes extra time to navigate that detour,” said Aeikens. “Not what we were anticipating when we were planning this project.”

Overall, the lighter traffic levels are allowing road crews to do more lane closures during the day. For example, with the Downtown to Crosstown project on I-94 and I-35W, there was a weeklong closure that decreased the traffic to two lanes.

“Under normal circumstances, we’d never would have done that,” said Aeikens.

As for if the work will be completed ahead of schedule – only time will tell.

“I don’t know if anything is going to get done any sooner, but we’ll see,” he said.