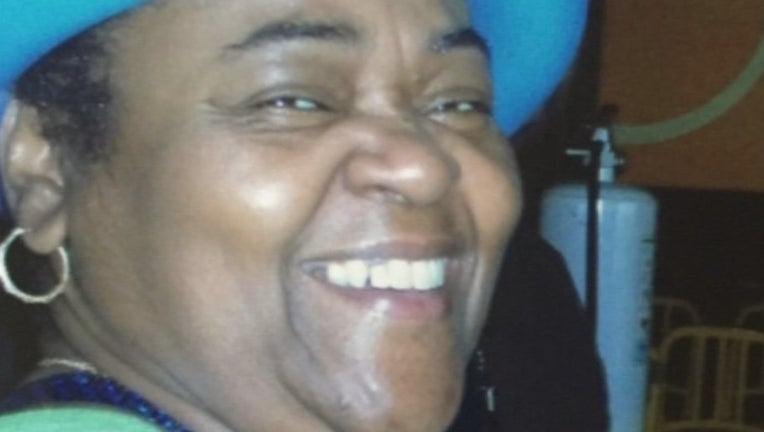 Birdell Beeks died in May 2016 after her vehicle was caught in the gunfire of what police said was a gang-motivated shooting. (FOX 9)

MINNEAPOLIS (FOX 9) - Nearly four years after her mother was shot and killed after innocently being caught up in gang gunfire, Sa'Lesha Beeks is starting a support group to get people talking about the pain that comes with gun violence.

In May of 2016, 58-year-old Birdell Beeks was shot and killed near the intersection of 21st Avenue N and Penn Avenue N. She was driving a minivan with her 16-year-old granddaughter inside. Police say she was an innocent victim who was in the wrong place at the wrong time when gang members started shooting at one another.

Sa'Lesha Beeks, daughter of Birdell Beeks, started a foundation in her mother's name. Birdell was killed by stray gunfire in Minneapolis in 2016.

A year and a half later, 20-year-old Joshua Ezeka was arrested for the shooting. He was later found guilty of first-degree murder and sentenced to life in prison without the possibility of parole.

Through all of this Beeks’ daughter, Sa'Lesha Beeks, continued to advocate for her mother and against gun violence.

“We all handle it differently. For me, it was I have to fight and be that voice for my mom that she no longer has,” Beeks said.

Beeks has started a foundation, the Birdell Beeks Foundation, in her mother’s name. Her first goal with this foundation is to start a support group in north Minneapolis for people to openly talk about the pain that comes with gun violence.

“Hopefully through being able to talk and have the support of others, we can start healing the North Side,” Beeks said.

Beeks says she believes some gun violence comes from people who are dealing with trauma related to violence and are looking to retaliate. She says if those people received some help and found better ways to deal with their pain, they would be less likely to commit gun violence against another person.

“I’m hoping that by having these groups that are facilitated by someone who has actually been through this experience that it would allow people to open up,” Beeks said.

To raise money to get the group started, Beeks is selling “Be the Voice” t-shirts.

“The name 'Be the Voice' came from, I’ve said since the beginning of time since my mom’s death, that we have to continue as survivors to be the voice for those who no longer have a voice,” Beeks said.

Support group meetings are scheduled to start at the end of March. Meetings will be held twice a month after that. Beeks says all of the meetings will be confidential and anonymous so people feel comfortable sharing personal experiences.

If you would like to support the Birdell Beeks Foundation and the Be the Voice project you can donate money here.

If you would like a Be the Voice t-shirt, email your order here: thebirdellbeeksfoundation@gmail.com