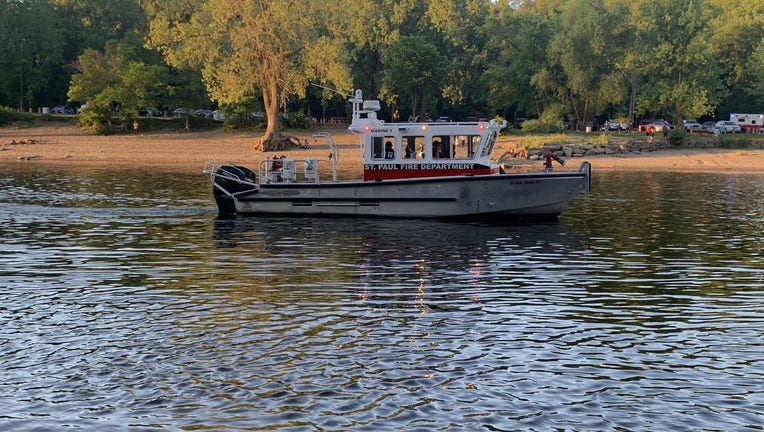 Crews search the Mississippi River near the Minnehaha Dog Park after a swimmer didn't resurface.

MINNEAPOLIS (FOX 9) - The Ramsey County Sheriff is investigating after two men tried to swim across the Mississippi River near Minnehaha Falls and one did not resurface.

Ramsey and Hennepin County Water Patrol crews searched the river Wednesday until midnight after the incident, but they did not find anything.

After a swimmer didn't resurface from the Mississippi River Wednesday night, crews began a search.

According to an officer at the scene, two men started on the St. Paul side of the river and tried to swim across. One made it and the other did not. Multiple witnesses reported seeing one of the men go under water.

The person who successfully crossed the river ran to the people at the Minnehaha Dog Park and had them call 911.