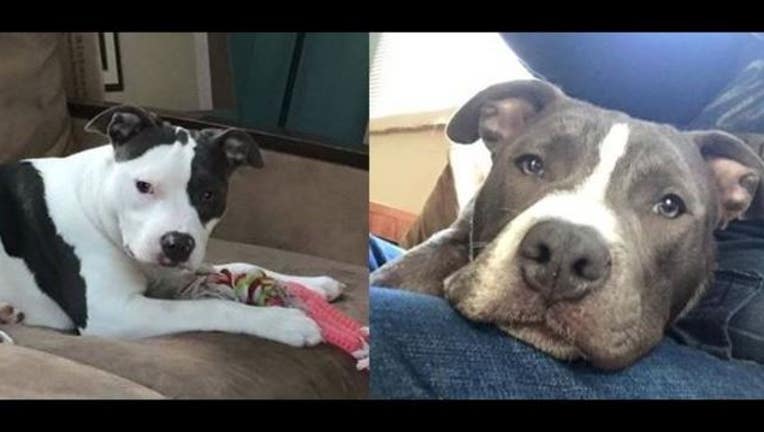 A pair of 8-month-old pitbull puppies were stolen from a Minneapolis woman's backyard on Monday while she was grabbing the mail, and neighbors were there to witness it.

Nicole Hamp said neighbors saw Obe and Lucy being taken by a man in his mid-40s driving a forest green minivan around 2 p.m. near Humboldt and 40th Avenue North. The puppies belong to Hamp's sister, who had been sharing her story feverishly on social media in hopes of getting the dogs back.

Hamp's sister received word that someone was selling a dog on Craigslist that looked like Lucy (going for $225), which ultimately led police to a Robbinsdale address and the sisters were able to pick up Obe and Lucy safe and sound from the police station.

"My sister received several messages saying someone was selling a dog that looked like lucy on craigslist. She sent him an email saying she was interested and when he gave her the address the robinsdale pd arrested him and she was able to pick the pups up from the station. Wouldn't have been able to do so without your help! A huge thank you from my sis and I," Hamp said in a Facebook message to Fox 9.