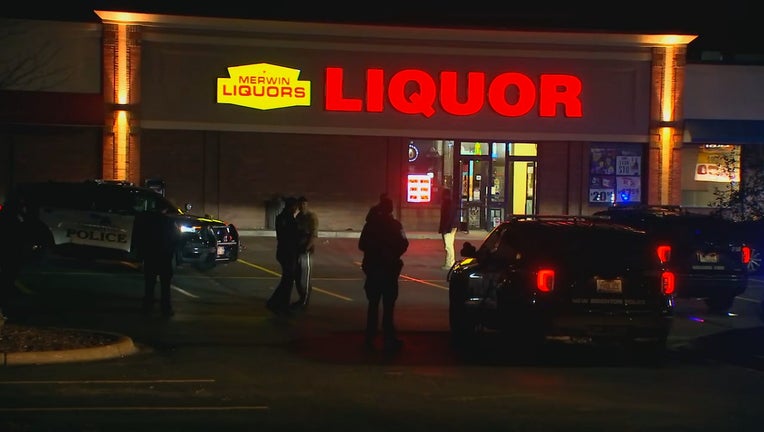 MINNEAPOLIS (FOX 9) - A deadly shooting at a liquor store in Mounds View, Minnesota last November in which police shot and killed an armed man has been ruled as a justified use of deadly force by the Ramsey County Attorney's Office.

The county attorney announced the results of their investigation of the police shooting on November 28, 2021, that followed reports of an armed robbery at a plaza along County Road I at Mounds View Boulevard.

Last November, police said officers had learned that the suspect in the robbery, later identified as 21-year-old Noah Kelley, had held the victim at gunpoint, got in their vehicle, and forced them to drive across the plaza to a Merwin Liquors store.

At that point, the Mounds View police chief said officers from his department and the New Brighton Police Department moved to confront Kelley, which ended with shots being fired.

Authorities are investigating two police-involved shootings in Minnesota over the weekend.

The shooting was reviewed by the Minnesota Bureau of Criminal Apprehension and ultimately turned over to the Ramsey County Attorney's Office.

According to the Ramsey County Attorney's Office, the liquor store employee told investigators that Kelley was "just unlucid" during the altercation. At one point, the employee said he tried to wrestle the gun from Kelley's hands. After the struggle, investigators say Kelley put the gun to the employee's head and pulled the trigger -- but the gun didn't go off.

At that point, the employee said Kelley "went on a tirade", breaking bottles and the employee used that opportunity to escape.

When police approached the store at about 7:10 p.m., they were told Kelley was inside still and could be armed.

Police ordered Kelley to drop his gun several times, prosecutors say, but Kelley approached the officers in a shooting position and that's when police fired. An officer with Mounds View and an officer from New Brighton both fired shots. Kelley was ultimately pronounced dead at the scene.