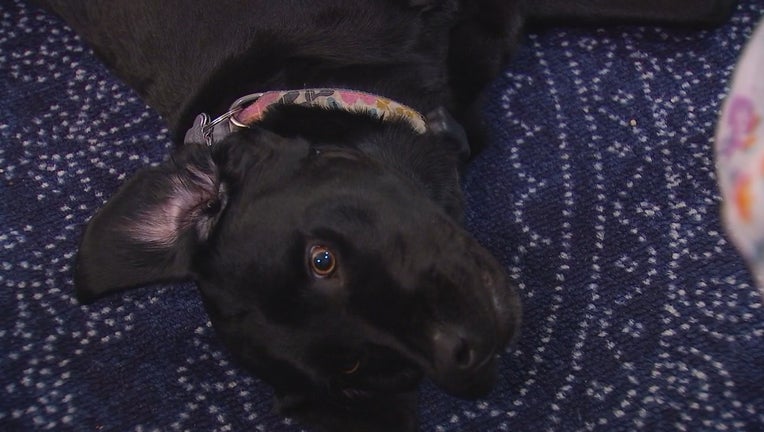 FOX 9 - The U.S. Transportation Department may soon start cracking down on emotional support animals on planes.

Under a proposed rule, a service animal would be defined as a dog trained to perform tasks for the benefit of a person with a disability.

“When my hands are full she will push the door open button with her nose or paws to open doors for me,” said Camorani. “She can pick up dropped objects. So if I drop my keys, my U Card, my phone. She is trained to pick it up and give it back to me.”

Maggie is trained to do all those things while Camorani is home, but also if the two ever need to travel. Under new rules proposed by the Department of Transportation, service animals like Maggie would be the only animals allowed on flights.

“Over the years, people have learned that if they pretend that their dog is a trained dog, they can smuggle them on board,” said Alan Peters, the founder of Can Do Canines “And what has happened is that people are bringing on all kinds of animals that didn’t belong there, and untrained animals that would bite or bark or pee or poop, and make our trained dogs look bad.”

“Trained service dogs are not pets,” said Peters. “They are the equivalent of having a wheelchair, or a walker. They should be treated like that.”

Under the new rules, only service dogs that can fit under the seat can fly. Passengers can only travel with two service animals.

The proposal also suggests passengers with disabilities would also have to arrive to the airport an additional hour earlier, submit paperwork and undergo an evaluation from an airline employee. Camorani finds the proposed changes concerning as they could create more barriers for travel.

“I really worry that what is going to be pulled from me in order to verify that my service dog is legitimate, and what if the person that is boarding me decides that isn’t good enough?” she said. “So many people have abused the system. It not only tarnishes the name of emotional support animals who are really well behaved, and who are legitimate, it also effects people with service animals as well.”