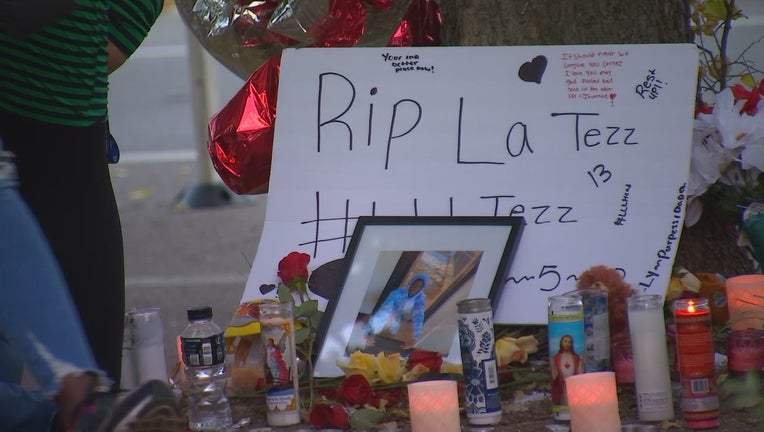 Family and community members hold a vigil for the teens who died in a crash while fleeing police Monday morning in Minneapolis.

MINNEAPOLIS (FOX 9) - A Minneapolis community is coming together to remember three teenagers who were killed in a crash Monday morning while fleeing police.

During a vigil held Tuesday night, the mother of 13-year-old Cortez Williams mourned where her son died alongside two others, 15-year-old Jamontae Welch and 16-year-old Demetrius Dobbins.

Community members are mourning the loss of three teens who died in a car crash following a police pursuit in north Minneapolis.

Police said the teens were driving a car that was believed to be taken in a carjacking the day before. When police spotted the car and attempted to pull them over just before 2 a.m. Monday, they fled. A chase ensued and ended with a deadly crash at N 18th Avenue and Emerson Avenue North

Local community group A Mother’s Love spent the start of the vigil comforting the 13-year-old’s mother.

“If it’s not gun violence, it’s choices like this that cause us to lose our kids,” said Lisa Clemons with A Mother’s Love.

“She said [he] didn’t have a male role model in his life so she was trying to do it all by herself, and she knew it was failing him,” Clemons added.

Community members held hands and wrapped arms around the family members, hoping to find a solution to recent crime and violence.

Minneapolis police said there has been an increase in carjackings recently.