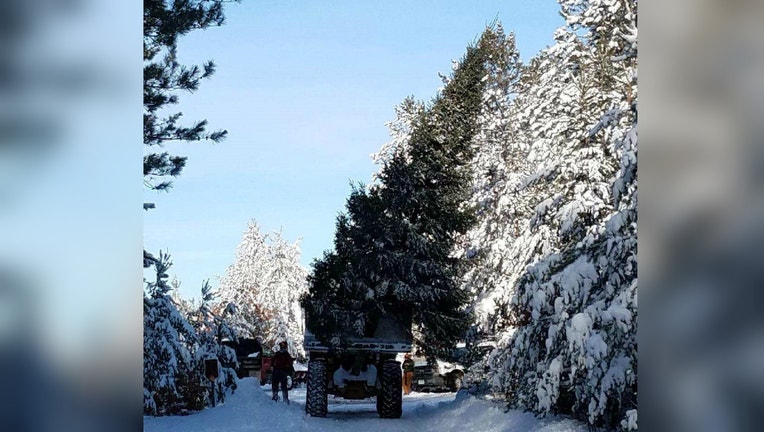 Foresters cut down a tree that will be used as a Christmas tree for the Governor's Residence. (Minnesota DNR)

ST. PAUL, Minn. (FOX 9) - So far, this holiday season, there isn't a tree up inside the Minnesota State Capitol rotunda this year, but the governor appears to be open to the idea.

In recent years, there's been a tree outside the Capitol, but not one inside the rotunda.

“Not at this time, but certainly, we’ll listen to Minnesotans,” said Governor Walz. “We’ll see how it goes, where they want it.”

Walz says he plans to continue a tradition of lighting a Christmas tree at the Governor's Residence. The lighting ceremony is scheduled for Thursday, weather permitting.

According to the Minnesota DNR, foresters cut down a 25-feet tall balsam fir for the Governor’s Residence on Monday in General C.C. Andrews State Forest in Pine County.

The first-term governor says there will be a menorah at his residence as well.