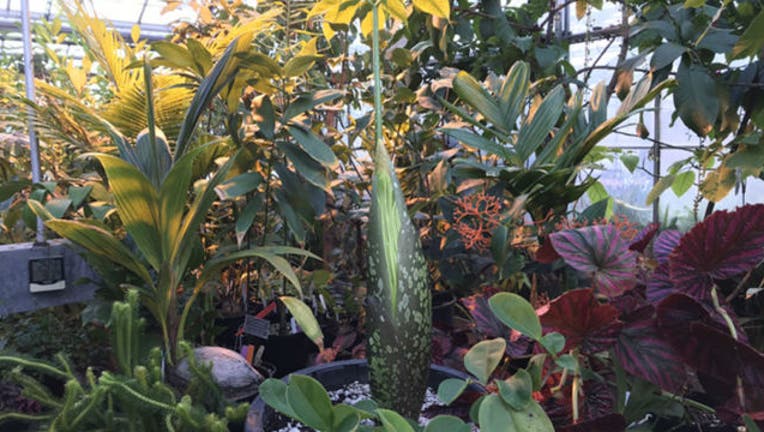 ST. PAUL, Minn. (FOX 9) - What's that smell? Well, it could be the corpse flower that is about to bloom at the University of Minnesota.

The corpse flower is a rare plant native to Sumatra's equatorial rain forests. When it blooms, it emits a scent similar to rotting meat.

The U of M's corpse flower, named Chauncy, is housed at the College of Biological Sciences Conservatory. It first bloomed in 2016.

Chauncy the corpse flower is expected to bloom again sometime in the next week. Beginning Thursday, the conservatory will hold special hours for public viewing, and smelling, of Chauncy from 9 a.m. to 9 p.m. every day until the flower closes.

You can also view a live stream of the blooming corpse flower here.