WOODBURY, Minn. (FOX 9) - A Woodbury, Minnesota man is charged with murder for allegedly stabbing his wife to death in the basement of their home last Friday while their children were upstairs watching TV. He was arrested the following day on a Greyhound bus in Wisconsin wearing blood-splattered clothes.

McKinley Phillips, 39, was charged Monday with one count of second-degree murder with intent.

Around 3:45 p.m. Friday, Woodbury police officers were dispatched to a home on the 7500 block of Steepleview Road for a welfare check after receiving a 911 call from a woman who said her son, Phillips, had called her saying he had killed his wife and her body was in the basement. 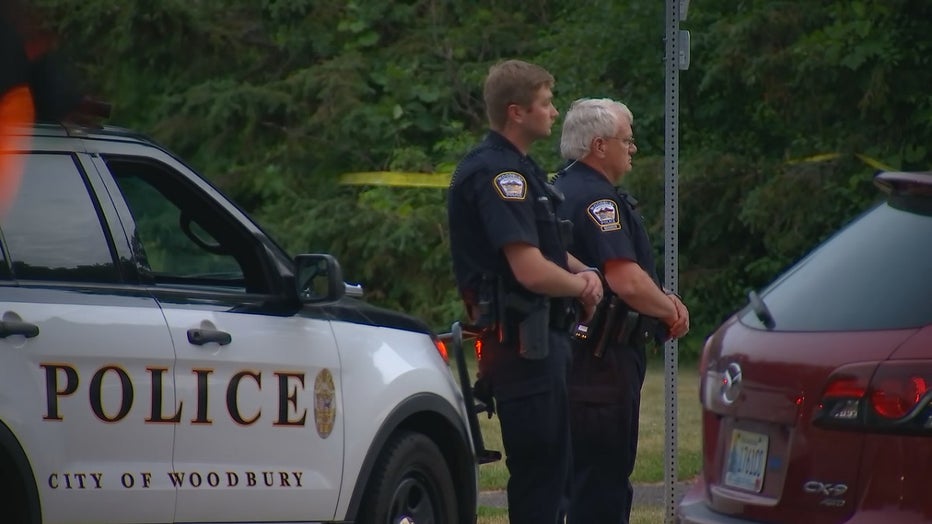 An investigation was underway outside a home in Woodbury on Friday. (FOX 9)

After arriving at the home and establishing a perimeter, officers called for the occupants of the house to come outside. A short time later, six children emerged from the home and told officers their mother and their stepfather, who they identified as Phillips, were not home.

Officers entered the home and found a 42-year-old woman, identified as Phillips’ wife and the children’s mother, dead in the basement. She had multiple stab wounds.

Authorities located Phillips early Saturday morning on a Greyhound bus traveling east through Wisconsin. He was arrested in Tomah, Wisconsin and booked into the Monroe County Jail.

Woodbury detectives went to the jail to interview Phillips, who told them he and his wife had been arguing because he believed she was cheating on him. He admitted to punching her in the face several times before taking out a folding pocket knife and stabbing her in the arm and a "a lot" of times in the back.

Phillips said the stabbing occurred in the morning, while the children were upstairs watching television. He said he told his son goodbye and that he would not see him again. He left the house, drove to a shopping center in St. Paul and abandoned his vehicle. He then took a bus to Minneapolis, where he boarded a Greyhound bus to Chicago. He told police that after getting to Chicago, he had planned to go to New York City.

Phillips was arrested wearing the same blood spattered clothes he was wearing at the time of the murder.

The Ramsey County Medical Examiner determined Phillips’ wife died of multiple sharp force injuries to her chest, back and neck and blunt force trauma to her brain.

Records showed officers had been called to the house three times in the past two months for domestic-related incidents, during which Phillips had appeared intoxicated and was hostile to the officers, the charges say.

Phillips remains in custody in the Monroe County Jail. Authorities are working to extradite him to Minnesota.