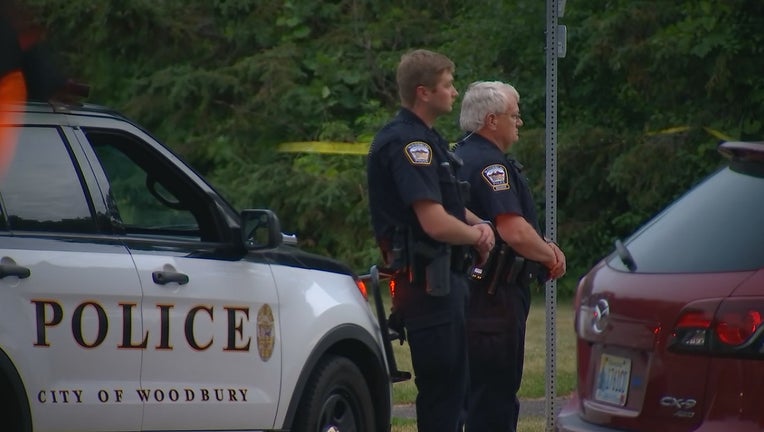 An investigation was underway outside a home in Woodbury on Friday. (FOX 9)

WOODBURY, Minn. (FOX 9) - Police say a suspect is in custody after a woman was found dead in a Woodbury, Minnesota home on Friday.

According to the police department, 911 received a call around 3:42 p.m. about the death. The caller told police that she had gotten a phone call from a man who told her he had stabbed another woman at a home on the 7500 block of Steepleview Road.

At the scene, police tried to make contact with people inside the home, which they learned included some children. When asked, the children quickly exited the house. Inside, they found the body of the victim.

According to officers, the children didn't know the woman was still in the house. They believed she had left earlier in the day with the suspect.

Police say the suspect was arrested around 3 a.m. Saturday on a Greyhound bus in the city of Tomah, Wisconsin.

"Our detectives did some incredible work and determined that he was on a Greyhound bus, and he was taken into custody at a stop in Tomah," said Woodbury Police Commander John Altman. "Needless to say, they’re exhausted after their fugitive hunt all night, interviewing him, and driving back."

Altman says the department is working with the Washington County Attorney's Office and Wisconsin authorities to extradite the man back to Minnesota to face charges.