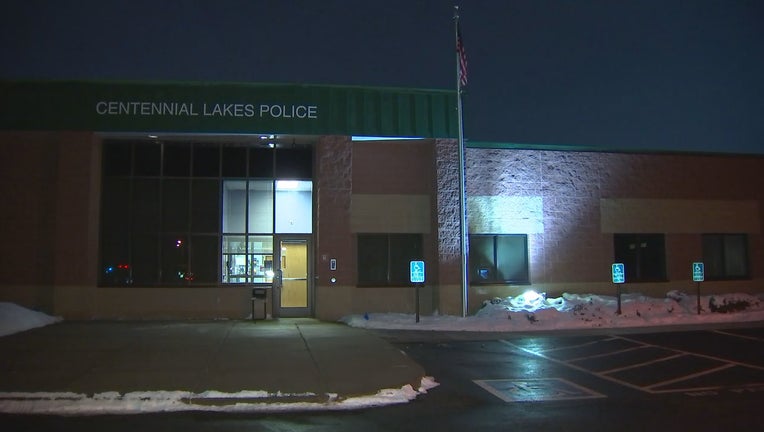 CIRCLE PINES, Minn. (FOX 9) - A 51-year-old Shoreview, Minnesota man has been charged after police say he shot at the Centennial Lakes Police Department over the weekend, however his motive remains unclear, according to charges filed in Anoka County District Court.

Donald Raymond Guse has been charged with a drive-by shooting, reckless discharge of a firearm, fleeing a police officer in a vehicle, refusing to take a breath test and first-degree criminal damage to property.

According to the complaint, Sunday at 7:09 p.m., Centennial Lakes police officers heard a gunshot go off outside the police station in Circle Pines. When they went outside, they saw the shot had hit a squad car parked next to the building, ricocheted and hit the glass door of the station.

Surveillance video showed a white Chevrolet pickup truck stop on North Road. A person inside the truck appeared to shoot at the building, which was about 50 yards away from the road.

Officers later found the truck driving nearby, but when they tried to stop it, the truck sped off through a red light. Police soon found it parked in a driveway and took the driver, identified as Guse, into custody. As the officers took him out of his vehicle, a spent shotgun shell fell out of his pocket. In the truck, they found a scoped shotgun.

The charges state Guse appeared to have bloodshot eyes, slurred speech and smelled of alcohol. After failing some sobriety tests, he refused to take a breath test.

During a police interview, Guse admitted to firing the shot, but claimed he was trying to shoot a tire on the police squad vehicle, according to the charges. Investigators aren't sure what prompted the shooting.

At a court appearance Tuesday morning, a judge set bail at $400,000 without conditions or $200,000 with conditions, which include no posession of firearms or use of drugs or alcohol. Guse's next hearing will be held next month.