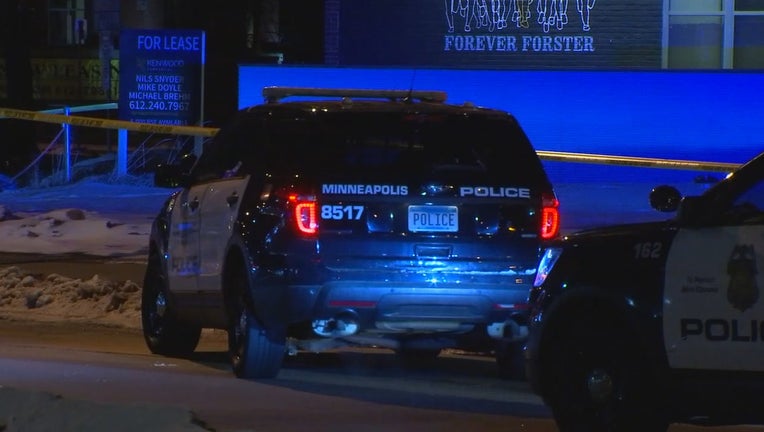 Minneapolis police investigate an incident that triggered an Amber Alert in February 2021. (FOX 9)

MINNEAPOLIS (FOX 9) - A St. Paul woman is facing charges after she told police her young daughter was inside a car that was stolen, triggering an Amber Alert. Police later learned the little girl was with her grandma the entire time.

It was Feb. 28 when Jessica Gallagher reported her car had been stolen while she was inside a restaurant, the charges state. She also told police and dispatch that her 2-year-old daughter was inside the vehicle.

A St. Paul woman is facing charges for allegedly triggering an Amber Alert that was fake.

All available officers were called to respond and additional investigators and Minnesota State Patrol sent up the helicopter - all looking for the stolen vehicle with a little girl inside. The woman gave a picture of her daughter to police to hand out to other law enforcement and media.

With all the necessary information and police believing the little girl could be in imminent danger, an Amber Alert was issued. Soon after, the car was located and so was the ex-boyfriend. He told police Gallagher had actually taken the 2-year-old to her mother’s house, so her mother could watch the child while she went to work. When confronted, police say Gallagher admitted to lying to get her ex-boyfriend out of her life.

"Many of us have children," said Minneapolis police spokesman John Elder. "Many of us have nieces and nephews. Children in our lives, it touches home. And this falls into the most vulnerable categories of human beings. It does strike a nerve."

"Those officers were pulled away from other duties," Elder added. "And other people pay a price for this person’s decision to lie."

Gallagher faces a charge of placing a fictitious 911 call to prompt a response, a gross misdemeanor, and also a misdemeanor charge for falsely reporting a crime. She could face some jail time and a fine if convicted.