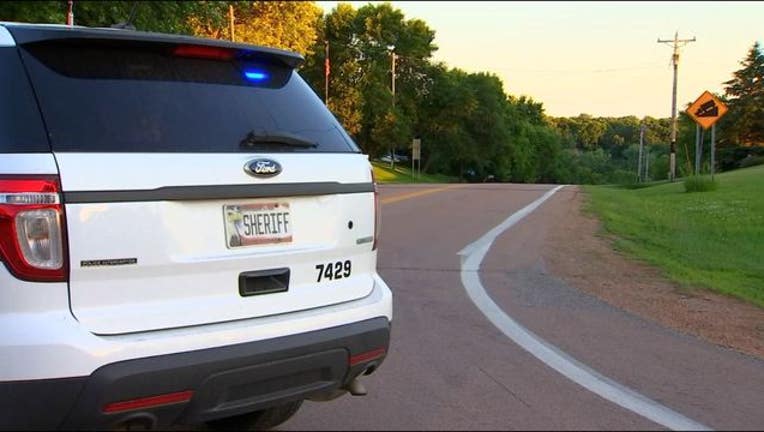 SAN FRANCISCO TOWNSHIP, Minn. (FOX 9) - Four people are charged after a passing motorcyclist was struck by a stray bullet earlier this summer in Carver County, Minnesota.

According to the sheriff's office, the four "intentionally discharged handguns under circumstances that endangered the safety of the public," ultimately injuring a motorcyclist on County Road 40.

On June 25, deputies were dispatched to a report of a man with a gunshot wound to the chest on County Road 40 and Homestead Road in San Francisco Township. A group of motorcyclists were standing around the man, and one of them was applying pressure to his wound.

The man was transported to the hospital, and the bullet was removed. Officials said the victim suffered a significant injury in his shoulder along with a fractured right scapula.

Officials learned that a group of people had been target shooting with pistols at a residence on a hill near County Road 40. According to the sheriff's office, they were shooting at a silhouette target placed near a pile of logs, but did not have an adequate backstop.

Because of this, bullets that didn't strike the logs flew off the hill and down toward the road. The estimated distance between the target area and where the motorcyclist was shot is about 1,200 to 1,900 feet.

Blake Azurin Martin, William Azurin Martin, Jasmine Symone Morrow and Ian Alexander Stinson are all charged in connection to the incident. Officials said the group was taking turns shooting when one of the bullets struck the motorcyclist.

Authorities said the bullet that struck the victim most closely resembled those fired from the Generation 5 Glock 19 9mm, which belonged to Blake Martin. He was the only person shooting that gun.

The group stopped shooting when a neighbor drove up and yelled that a motorcyclist had been shot. One of the men told authorities they believed they were shooting away from the road, as he had "checked it on Google Maps."

One neighbor told police they heard shots go through the trees in their yard, and another neighbor pointed to damage on their garage that appeared to be consistent with damage from a rococheted bullet.

Each member of the group is charged with one count of Dangerous Weapons-Intentional Discharge of Firearm That Endangers Safety.