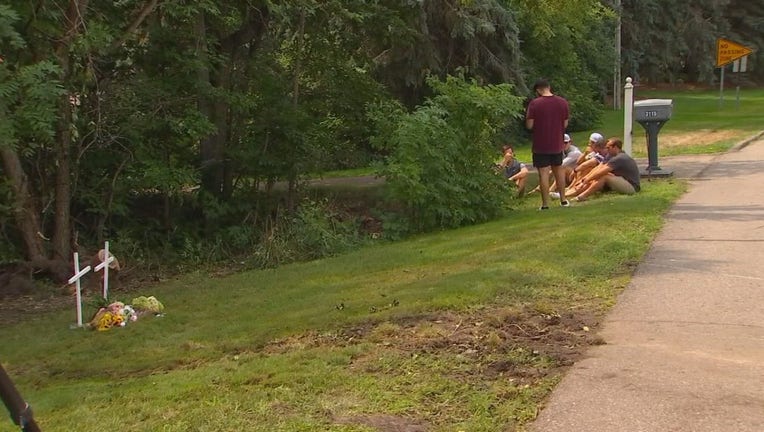 Friends mourn the loss of two young men killed in a crash in Orono.

ORONO, Minn. (FOX 9) - As a pair of families grieve and prepare for funerals, investigators are waiting on blood-alcohol results taken from James Blue, who was behind the wheel of his Bentley at the time of the deadly crash in Orono Saturday night.

Sam Schuneman and Mack Motzko, the son of Gopher Men’s Hockey Coach Bob Motzko, were both killed in the crash. Blue was transported to the hospital in critical condition.

According to a search warrant, the 51-year old told officers on scene that he was "guilty" and admitted to drinking at Maynard’s before driving. The tragedy unfolded just a few houses away from his Lake Minnetonka mansion.

"It’s my understanding that they’re taking blood, and if that’s the case, it’ll go to the BCA, and that will take a while to come back to get that level. So, there probably won’t be any charges until they find out whether or not there is alcohol in the blood," said criminal defense attorney Mike Bryant, who is not affiliated with the case.

Looking at investigative markings via drone camera, you can see where the Bentley left the roadway. Blue then slammed into a grove of trees and was ejected about six to 10 feet from the car. Neighbors reported Blue was travelling in excess of 100 mph in a 40 mph zone around a curve on a small hill approaching his home.

"It can go a lot of different ways because it depends on the blood-alcohol and on what actually happened. It may depend on the speed. A lot of factors that come into that. It’s one of those statutes that there is a big gap with lower penalties and higher penalties."

Authorities have not gotten an update on Blue's condition.