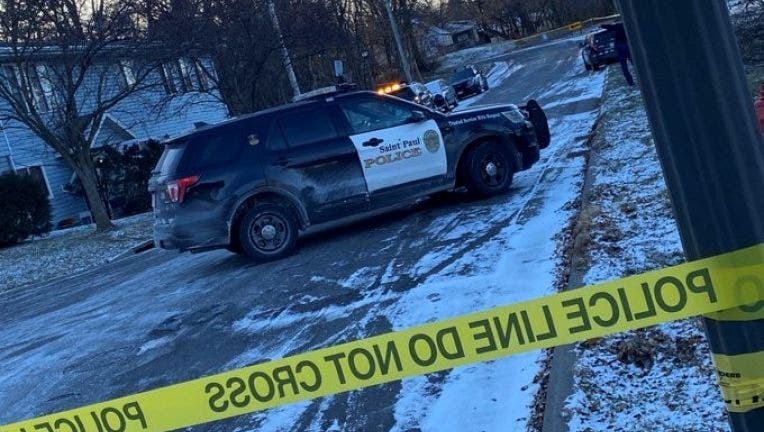 ST. PAUL, Minn. (FOX 9) - A 17-year-old boy is accused of shooting another 17-year-old boy in the face during an argument over a gun while they were driving around in a stolen vehicle in St. Paul, Minnesota last week.

The 17-year-old was charged with second-degree murder in the death of Elijah Watson on Dec. 14.

According to the charges, a woman who lived on the 500 block of Jessamine Avenue called 911 around 1:50 p.m. on Dec. 14 to report that an unknown boy was banging on the door trying to get in. She said he was bleeding and she thought he had been shot in the head. He then stumbled towards the street and collapsed.

Officers arrived and found the boy, later identified as Watson, on the ground covered in blood. He had been shot in the face and "had so much blood on his face he was unidentifiable," the charges say. He was declared dead at the scene.

Officers spoke with the woman who had called 911. She was "visibly shaken," according to the charges and was crying and screaming. She told officers she heard the banging on her door and she looked outside and saw a boy covered in blood. She said she was scared and called 911.

Her two grandchildren, who were at her home for distance learning, were also crying. One of them reported he "had already looked outside."

Investigators found pictures on Watson’s cell phone taken one hour prior to the shooting. The pictures showed him in the car with three other people: the 17-year-old suspect, a 16-year-old boy and a 15-year-old boy, all of whom were known to police.

Investigators interviewed the 15-year-old boy and the 16-year-old boy. By their accounts, the four of them were in a stolen vehicle. Watson was driving and the suspect was in the rear passenger seat. Watson reportedly had a .40 caliber gun.

When they were on Jessamine Avenue, he gave the gun to the suspect, who then refused to return it. Watson turned around and tried to get the gun back from the suspect, but the suspect shot him in the face.

Watson panicked and got out of the vehicle, one of the boys told investigators. The others then drove off, leaving him on Jessamine Avenue.

A picture posted on Facebook two hours after Watson’s murder showed the suspect holding a .40 caliber gun, later confirmed to be the gun used in the murder.