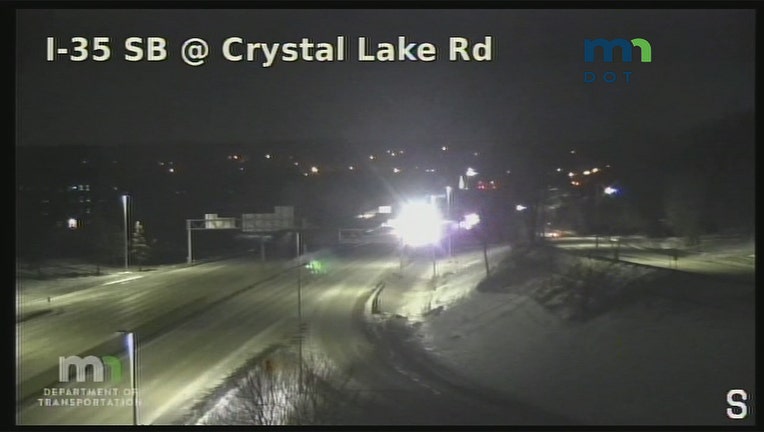 The scene of an early morning crash on Interstate 35W in Burnsville.

(FOX 9) - A crash early this morning on I-35W has left one dead and multiple cars wrecked.

According to Burnsville police and the Minnesota State Patrol, at 2:47 a.m. this morning a Ford Fusion entered onto Interstate 35W driving the wrong way southbound at Crystal Lake Road.

A Lexus was traveling northbound on I-35W approaching Crystal Lake Road when the Fusion hit the Lexus head-on, causing the Fusion to roll onto the right shoulder landing on its roof.

The driver of the Fusion, a 20-year-old from Mankato, then fled the scene running westbound from the crash location into the southbound lanes of traffic, investigators said.

A semi-truck traveling southbound on I-35W then hit the driver of the Fusion. A Honda CR-V and Jeep Renegade ended up hitting the driver as well.