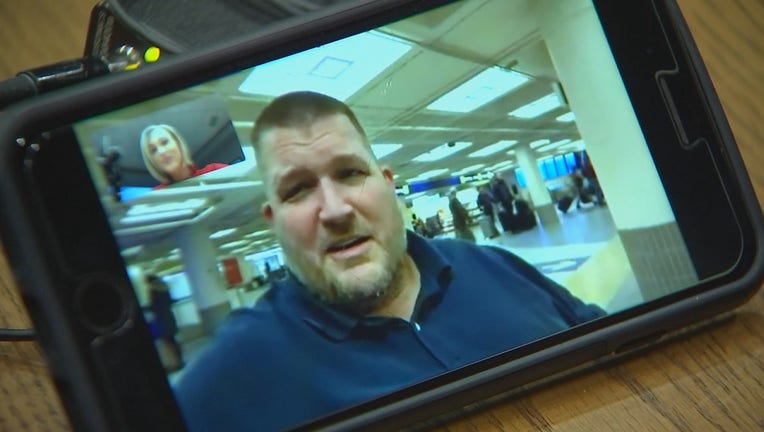 Brooklyn Park Mayor Jeff Lunde Facetimes from Washington, D.C. where he will attend the State of the Union address with Rep. Dean Phillips. (FOX 9)

BROOKLYN PARK, Minn. (FOX 9) - Congressman Dean Phillips invited Mayor Jeff Lunde to the 2020 State of the Union address, happening Tuesday, citing his work to create a path to citizenship for Liberians in the U.S.

“It took all of about three minutes for me to say yes, so really exciting,” Mayor Lunde said.

Brooklyn Park Mayor to attend State of the Union

A special guest of a Minnesota Congressman, the Brooklyn Park Mayor will be in attendance during Tuesday night's State of the Union address.

This is only the second time in United States history where a president will deliver a State of the Union address after being impeached. President Trump will deliver his address amid the Senate impeachment trial and less than 24 hours after the results of the Iowa Caucus are expected to be released.

“To be there at this moment, especially as there is a little excitement in D.C., allegedly, to be there and take it all in and be a part of that process is totally awesome,” Mayor Lunde said.

Mayor Lunde and Congressman Phillilps worked together to pass the Deferred Enforced Departure, a bill that will allow Liberians who came to the U.S. fleeing war to apply for a green card.

“We consider ourselves the world’s largest Liberian city outside of Liberia,” Mayor Lunde said about Brooklyn Park’s prominent Liberian population.

Lunde and Phillips were able to get the bill passed by a Democratic controlled House of Representitives, a Republican controlled Senate and signed into law by a Republican president.

“We got an immigration bill through Congress and the White House at this time when no one can get along or agree on anything, and we managed to pull it off with so many allies and so many people working together republicans and democrats,” Lunde said.

Other guests attending the State of the Union address:

Congressman Pete Stauber is inviting a member of a local trade union.