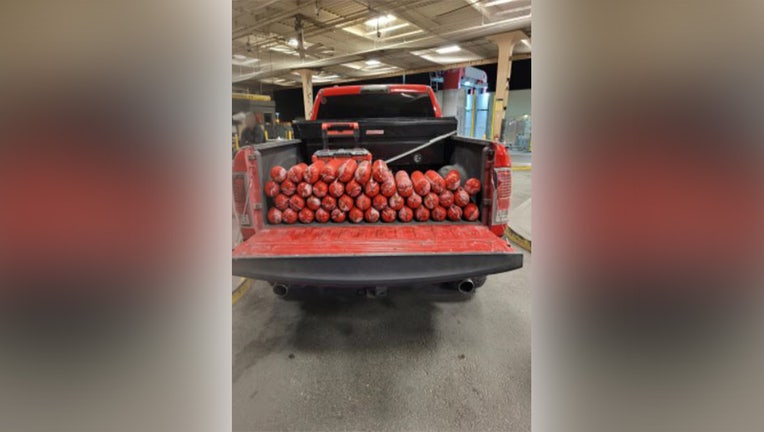 Customs and Border Protection officers working in El Paso, Texas, seized massive amounts of bologna and cheese during two separate stops of individuals trying to cross the border during the morning on Oct. 27.

The bologna and cheese products were undeclared or not reported by the individuals who had them, the agency explained in a release.

Officers confiscated 484 pounds of bologna at 1:30 a.m. while inspecting a pickup truck driven by a 32-year-old man. The agency said an officer "detected nervousness" in the man during an interview and ordered him to go to an inspection area.

During the inspection, authorities found 44 rolls of Mexican bologna hidden in the truck's toolbox and under a blanket on the floor of the vehicle. The items were taken, and the driver was issued a $1,000 fine.

Hours later, officers seized 285 pounds of cheese shortly before 4:30 a.m. A 43-year-old woman was trying to cross the border when officers searched her vehicle and found boxes hidden under a blanket. Officers opened the boxes and discovered multiple blocks and bags of cheese. The items were taken, and the woman was fined $1,000. 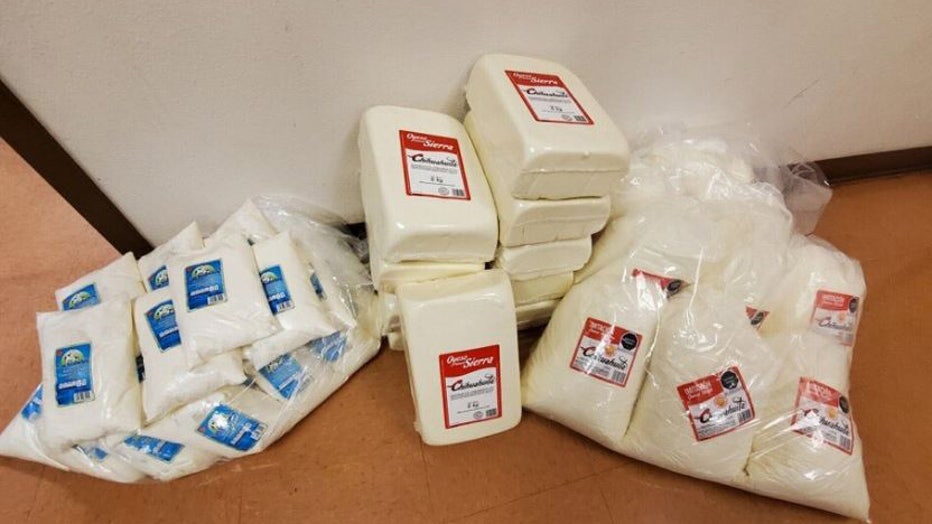 Photo of cheese seized by Border Patrol officers on Thursday, Oct. 27, 2022. (Photo courtesy of the U.S. Customs and Border Protection)

"In both these cases, the travelers concealed these commodities and failed to properly declare merchandise acquired abroad to the CBP officer upon arrival and entry," CBP El Paso Port Director Ray Provencio said in a statement.

According to the CPB, when travelers arrive in the U.S. from a foreign location, they need to declare or report all items acquired abroad to CBP officers as part of the entry process. Individuals who don't tell officers what they have, and it's found during a search, the good is undeclared.

Milk and cream can't be imported without a permit from the FDA. The wrappers or cartons for these products must be printed with the country of origin, the CPB shared.