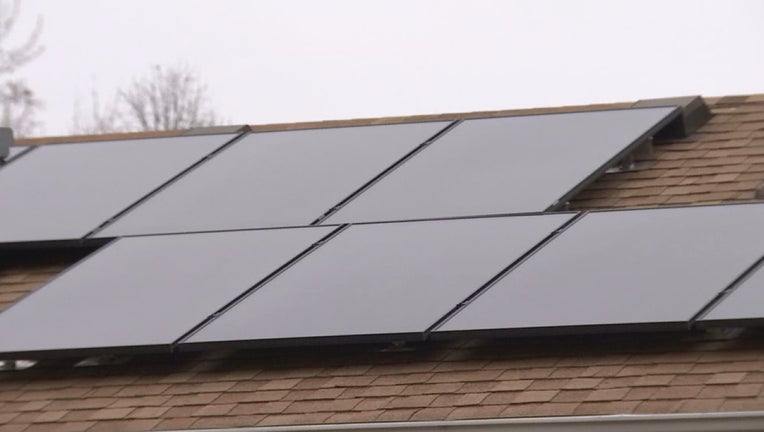 Months after workers installed solar panels on their home, Darla and Richard are still waiting for the company to complete the job. (FOX 9)

BLOOMINGTON, Minn. (FOX 9) - A Bloomington, Minnesota couple is out more than $30,000 after they say a solar panel company went silent and never finished the job they were hired to do.

Richard and Darla Dunkin’s new solar panels are only draining them of their money and energy.

NewsA Bloomington, Minnesota couple is out more than $30,000 after they say a solar panel company went silent and never finished the job they were hired to do.

“All they’re doing is keeping the snow off of my shingles,” said Richard Dunkin. “I could have done that a lot cheaper than $30,000.”

The Dunkins took out a loan for more than $33,000 to have a company called Altaray install solar panels on their home.

“What they did when they came, they put in all of the metal stringers that go horizontal,” said Richard Dunkin.

As the Dunkins waited on the final steps needed to get their panels up and running, they say Altaray went dark.

“If you call, it will ring five or six times, then it disconnects,” said Richard Dunkin.

More than three months and a pile of paperwork later, they still don’t have solar power or anyone to contact at Altaray.

“The whole entire process was supposed to take a half a day and be done, but it’s turned into a couple of months,” said Darla Dunkin

They’re not alone, the Better Business Bureau gives Altaray an F grade and the page is filled with complaints from other costumers with 52 posted just in the last year.

Minnesota Department of Labor and Industry confirms the company’s electrical license was terminated earlier this month. An official with Xcel Energy says they have heard from some other customers regarding this company.

Meanwhile, the Dunkins are looking for the light at the end of this tunnel.

“We just want to move on,” said Darla Dunkin “Get it done. Get it hooked up.”

FOX 9 reached out to Altaray for comment, but did not receive a response.

The Dunkins say they are working to connect with other Altaray customers and are hoping to find a way to get their panels up and running.

Those who suffered a financial loss due to Altaray failing to complete contracted work may be eligible to file a claim for compensation with the Department of Labor and Industry. For more information, click here.