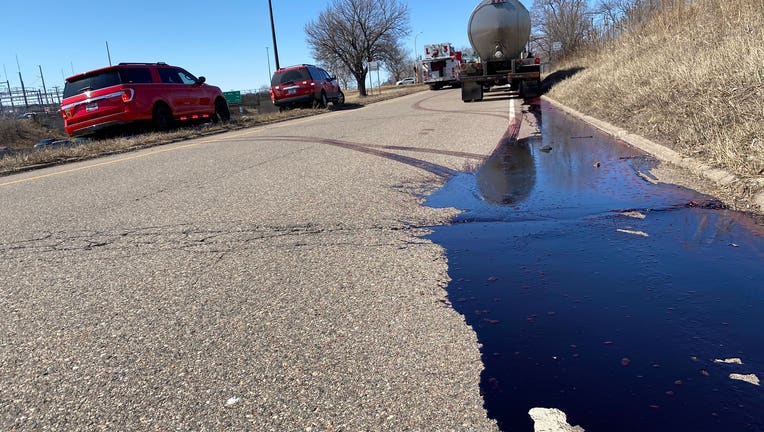 BLOOMINGTON, Minn. (FOX 9) - Blood leaking from a tanker truck shut down a 494 ramp in Bloomington, Minnesota Friday afternoon as firefighters worked to clean up the mess, according to the Bloomington Fire Department.

Fire officials, however, were quick to confirm the blood was not human, but rather from animals. The tanker was carrying blood from an animal rendering company, which processes waste animal tissue. 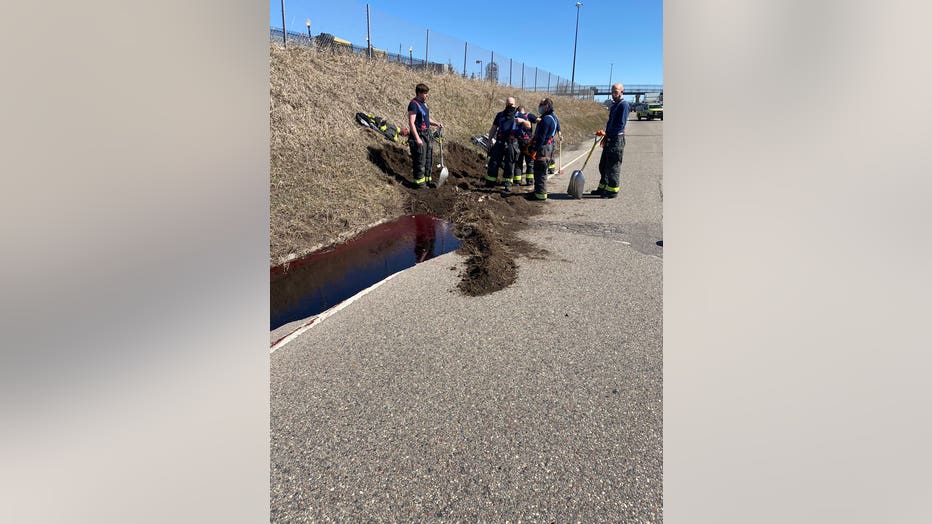 A crew of Bloomington firefighters clean up blood leaking on the westbound ramp of 494 to Nicollet Avenue. (Bloomington Fire Department)

Photos posted on Twitter showed a small river of blood trailing down the side of the road near an embankment.

The westbound 494 ramp to Nicollet Avenue is closed down. Other routes are advised.