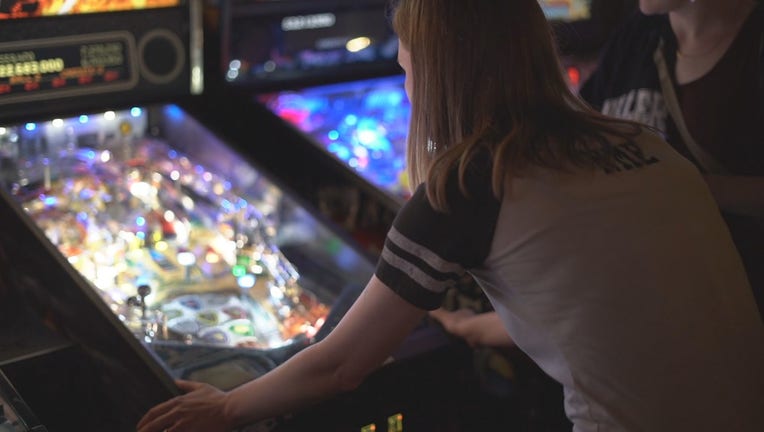 Women's-only pinball is thriving in the Twin Cities thanks to the Belles and Chimes. (FOX 9)

MINNEAPOLIS (FOX 9) - They say everything old is new again and that is certainly true for the popular pastime of pinball.

Pinball is making a comeback and its interest is growing, particularly with female fans.

Belles and Chimes: Women’s-only pinball thriving in the Twin Cities

Pinball is making a comeback and its interest is growing, particularly with female fans in the Twin Cities.

“I think it’s awesome,” said Nicki Eisenrich, of the Belles and Chimes Minneapolis Chapter. “It’s so much more fun for me to go out to a bar if there is pinball there.”

On a rainy Wednesday night, action goes full tilt at Tilt Pinball Bar in South Minneapolis. But, in the midst of all the bells and whistles are a few Belles and Chimes.

“I think it’s a really awesome time to be a woman in pinball,” Eisenrich said. “I think there are so many opportunities.” 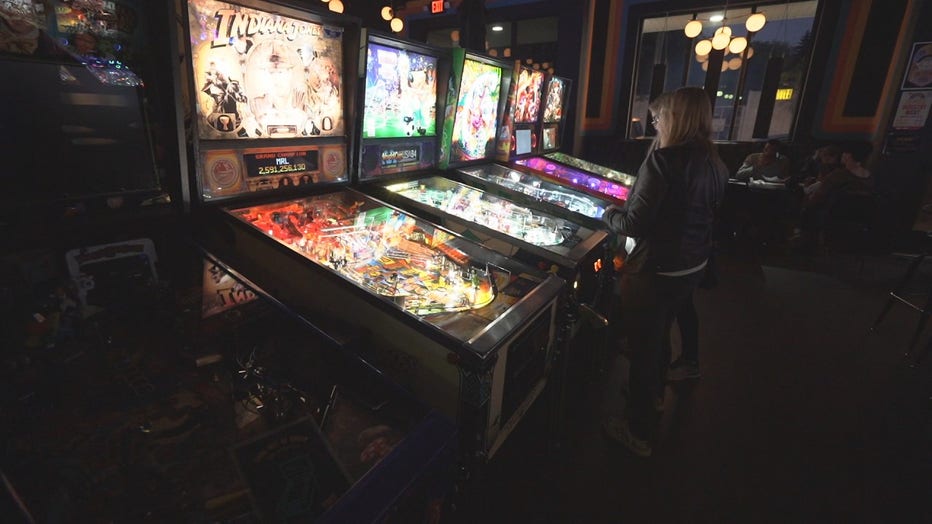 Pinball is making a comeback and the Minneapolis chapter of Belles and Chimes are making sure of it.

Once a month, a group of lady pinball wizards meets at a different bar-cade around the Twin Cities. They share tips, stories and a passion for flippers, bumpers and ramps and not being one of the guys.

“The one thing you don’t want when you are beginning pinball is you don’t want to do both at the same time,” explained Eisenrich. “That creates a larger lane for the ball to fall down the middle.”

Eisenrich started playing pinball as a social outlet about three years ago when she lived in Chicago.

“I love that there are so many games within a game,” she said. “So, I’m playing one machine. I can figure out how to play it and then I move to a different machine and it’s like starting from scratch.”

When she moved to Minnesota, she noticed fewer women were involved in the male-dominated hobby, so she started a local chapter of the International Women’s-only Pinball Club, the Belles and Chimes. The club provides women a safe place to learn about and play the game.

“Just really important for me to create a space where women can feel like, even if they don’t know much about pinball or understand it, yet, there’s a place I can go where I feel welcome,” she added. “People are really friendly. People are willing to explain it without being condescending or mansplaining it to me.”

After their heyday in the 1960s and 1970s, pinball machines were passed in popularity by video games, but interest in the old school arcade games has bounced back over the last few years, introducing them to a new generation of fans.

Schick started a women’s-only pinball tournament at Tilt once a month to create a more supportive environment for female players to compete in.

“It’s not as competitive,” she said. “A lot more supportive.”

“I know, in the beginning of 2018, only 11 percent of pinball players were women so it is very male-dominated. So, it’s nice to have a night where it’s just for you,” Schick said. 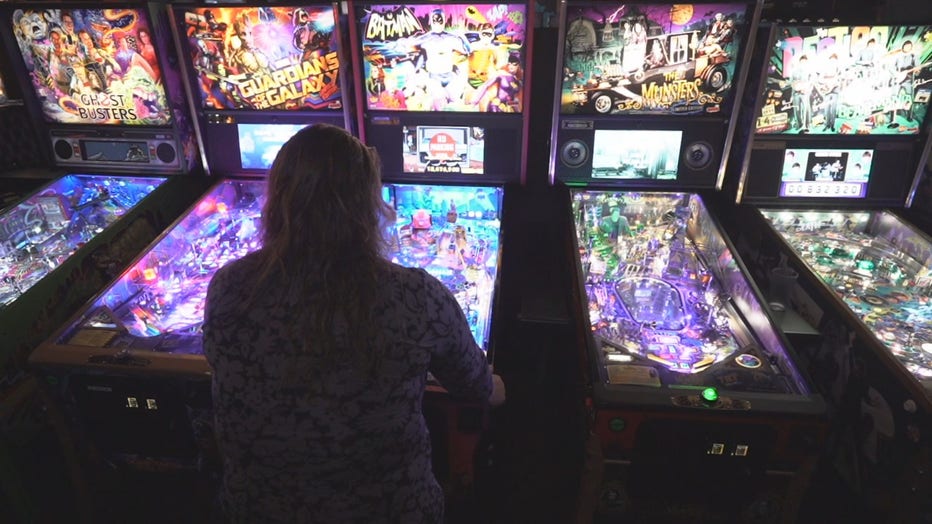 Each month, a women's-only pinball tournament is held somewhere in the Twin Cities. (FOX 9)

It’s all fun and games when the Belles and Chimes get together, though. They aren’t ready to say game over anytime soon.

“I think it’s a great time for our community. People are getting the fact that if we want this to thrive and we want pinball to continue in popularity, more people need to feel comfortable to get involved,” Schick said.

Belles and Chimes’ next meet up will be Wednesday, Nov. 6 at Falling Knife Brewery in Northeast Minneapolis.

The women’s-only pinball tournament is the third Wednesday of the month, which is next Wednesday, at Tilt in Minneapolis.