COLORADO SPRINGS, Colo. (KMSP) - You may have heard of having alligators in the sewers - but what about a bear?

In a Colorado Springs, Colorado, a curious bear managed to get trapped in a neighborhood's storm sewer Thursday. After some deliberation, Colorado Parks and Wildlife officers had a brave utility worker remove a nearby manhole cover.

A few minutes later, the bear popped out its head out before pulling its roughly 250-pound body out of the sewer and running away.

A Colorado Parks Wildlife officer fired a non-lethal shot at the bear as they chased it out of the neighborhood. By using the non-lethal shot, the bear avoided having to be handled and tagged. Had that happened, the next time the tagged bear wandered into a neighborhood, it would have been the bear's final strike and it would have to be euthanized.

The bear was estimated to be about three to four years old.

Wildlife officers believe the bear was attracted to the area because of a nearby dumpster which contained tree branches with berries. 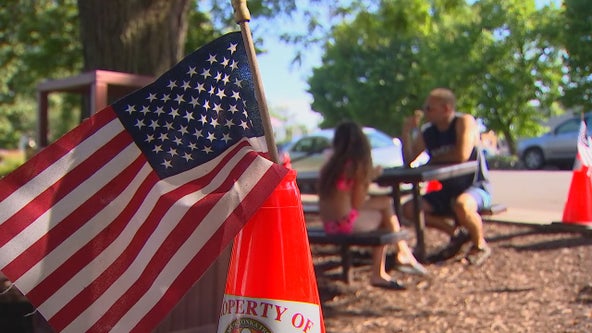