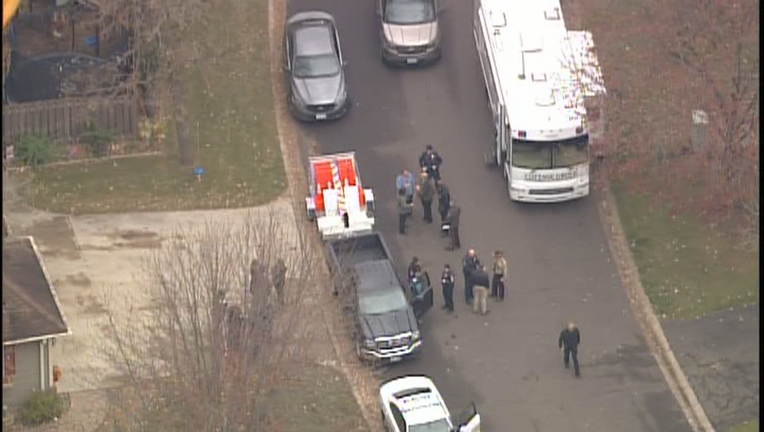 According to the Minnesota Bureau of Criminal Apprehension, Cottage Grove Police Captain Gwen Martin and Woodbury Sergeant Omar Maklad discharged their firearms during an officer-involved shooting Monday. Both are on standard administrative leave. Martin has served for 18 years, and Maklad has served for 16 years.

The Ramsey County Medical Examiner identified the man who died during the incident as 34-year-old Noah Ante Erickson of White Bear Lake. The man died of suicide due to a gunshot wound, according to the medical examiner.

Early Monday morning, Erickson kidnapped a woman at gunpoint from the parking lot of her Maplewood workplace and forced her to drive them to her St. Paul residence. There, sources say he tied up the victim and a housemate and sexually assaulted one of them. The suspect then stole a vehicle from the home and fled. Once free, one of the female victims called 911 to report what had happened.

Erickson abandoned the woman’s vehicle in a Cottage Grove neighborhood and carjacked another vehicle at gunpoint from a man in that neighborhood.

Erickson then abandoned the second vehicle a few blocks away and entered a nearby home. There were two adults and two children inside at the time. Erickson held the couple at gunpoint and, a short time later, he stole a pickup truck from the home.

Family shares story after they were held hostage in Cottage Grove, Minnesota

A couple is sharing their story after they were held hostage by a carjacking suspect in Cottage Grove, Minnesota.

He drove around police barricades and across yards, eventually crashing into a tree several houses away. Erickson then exited the vehicle and "exchanged gunfire during a confrontation with law enforcement before turning the gun on himself," officials said.

Officers attempted life-saving measures, but Erickson died at the scene.

Portions of the incident were captured on body cameras, dash cameras, and surveillance cameras. BCA crime scene personnel later recovered a gun from near Erickson.