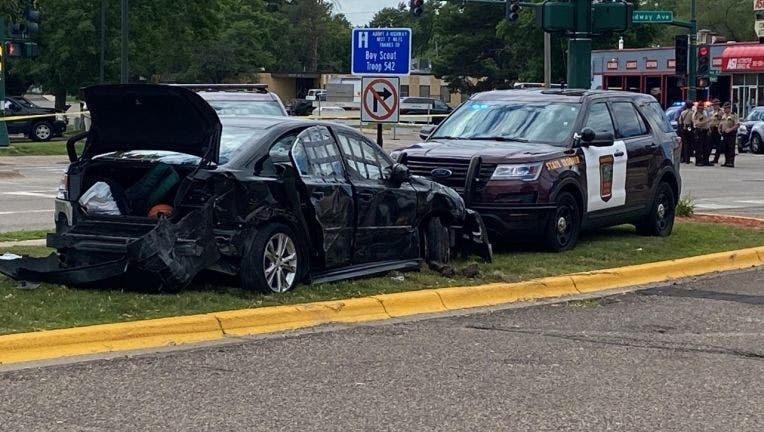 CRYSTAL, Minn. (FOX 9) - A 19-year veteran of the Crystal Police Department was hospitalized after an officer-involved shooting July 16. Now, she is on standard administrative leave.

The BCA says Officer Jessica Donahue discharged her firearm at a vehicle that ran over a Crystal police officer and damaged police squad cars in the incident earlier this month.

As a result, 18-year-old Shi Sho, of Des Moines, Iowa, has been charged with second-degree assault and fleeing a peace officer.

According to the BCA, the incident began when a State Patrol trooper attempted to stop the vehicle on I-694 near Hwy. 169. A pursuit ensued and the vehicle left the interstate into Crystal.

Troopers boxed the driver in at 57th Avenue North and West Broadway. As they tried to take the man into custody, the driver tried to take off again, striking the officer and damaging the squad cars.