Popular U.K. street artist Banksy, whose identity remains a mystery, will have an exhibit in Northeast Minneapolis this summer.

The artwork is part of a touring exhibit opening later this week that features more than 100 works by the elusive street and political artist. Show producers told FOX 9 the exhibit is not authorized or curated in collaboration with the artist, but rather sourced from private collections across the globe.

"Banksy makes a lot of street work worldwide so if you would want to see his work, you would have to get tickets around the world to go and see his art in real life," Marieke Groot, associate producer with the Art of Banksy exhibit told FOX 9. "We brought a collection together in one point, so that’s a once in a lifetime opportunity for people to see so much of his pieces together in one exhibition."

Banksy’s true identity remains a mystery, adding intrigue to everything the artist creates – whether its stenciled-rat graffiti on the London underground, or the artist’s blurred black face beneath the

American flag that he posted to Instagram following George Floyd’s murder under the knee of a Minneapolis police officer.

Banksy may be most famous for partially shredding a painting that had just sold at auction for more than $1 million. 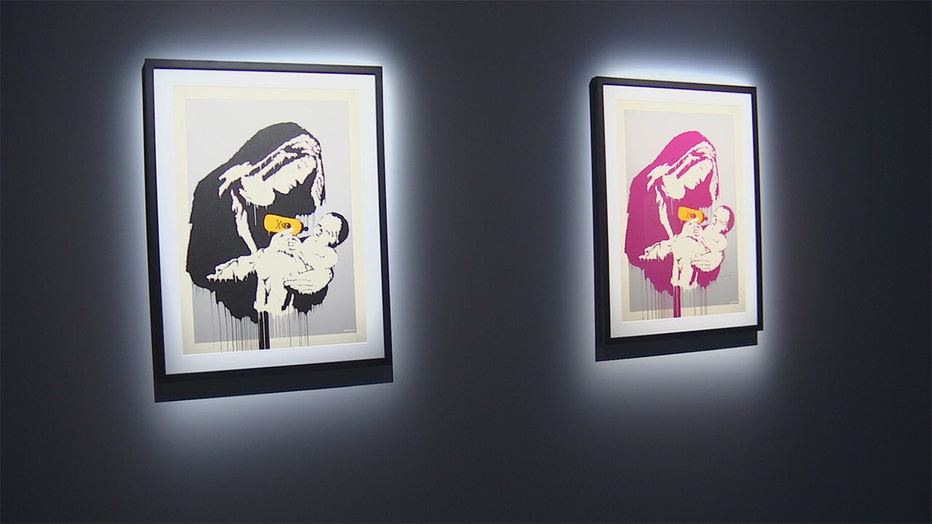 Strret artist Banksy will be the feature of an exhibition inside Lighthouse Artspace in Northeast Minneapolis.

"He has messages in his work, political messages, and I think he does it in a way that it is understandable for people," Groot said. "One look at the images, and you understand his messages. He does it with a good dose of humor. He makes people laugh, and I think all that is what makes his work interesting."

"We know it’s going to be really well received here because this area has such a passion for art," project director Kayla Kangas said.

The Banksy exhibit opens to the public Thursday, and runs about eight weeks through July 10.