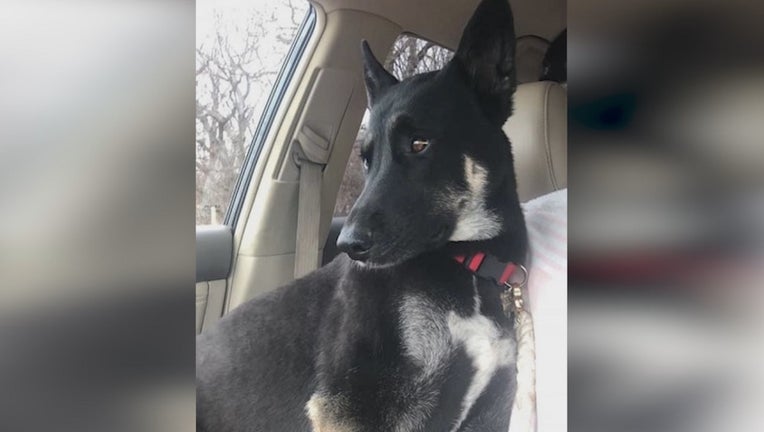 CAMDEN TOWNSHIP, Minn. (FOX 9) - Oso and Gracie are more than just pets to Melissa Farris. She says the two husky shepherd mixes are her companions and soulmates.

On Wednesday morning, she was at her boyfriend's property in Camden Township near New Germany in Carver County when the two dogs escaped. About thirty minutes later, she got a phone call from a neighbor who had discovered the dogs. Farris says Oso was shot four times in the head and neck and Gracie was shot twice near her tail.

In Camden Township, Oso was shot four times in the head and neck and Gracie was shot twice near her tail. Oso's shooting is also being investigated, although Sheriff Kamerud says he doesn't anticipate any charges being filed based on state statute.

"At that point, you are really trying to kill them," said her boyfriend Adam.

They rushed to the nearest emergency vet.

"The whole time Oso was just gushing blood. I mean, there was so much blood coming out, it was like a World War II movie," said Farris.

According to Carver County Sheriff Jason Kamerud, a nearby homeowner shot at the dogs after he saw them attack his pet peacock.

"He shot at the dog, struck it at least once, he heard the dog yelp and the dog left," said Kamerud.

But Farris maintains the dogs had GPS trackers on their collars and based on where they were and their temperaments, she doesn't believe that story.

This isn't the only case of a dog being shot in Carver County in recent weeks. In nearby Hollywood Township, a dog was shot and killed with a bow and arrow a week earlier. The Minnesota DNR is now looking into that case because it happened when the alleged shooter was hunting and criminal charges may be possible.

Oso's shooting is also being investigated, although Sheriff Kamerud says he doesn't anticipate any charges being filed based on state statute.

There's nothing to indicate the two shootings are connected.

Minnesota law allows people to protect their livestock, poultry or pets from dogs on their property, but Farris says just because it is legal doesn't mean it is right.

"Why didn't you fire some warning shots? If you had to have a gun, why couldn't you just make some noise?" said Farris.

Oso is still recovering from his injuries at BluePearl Pet Hospital in Eden Prairie. It's still unclear when he will be well enough to come home.