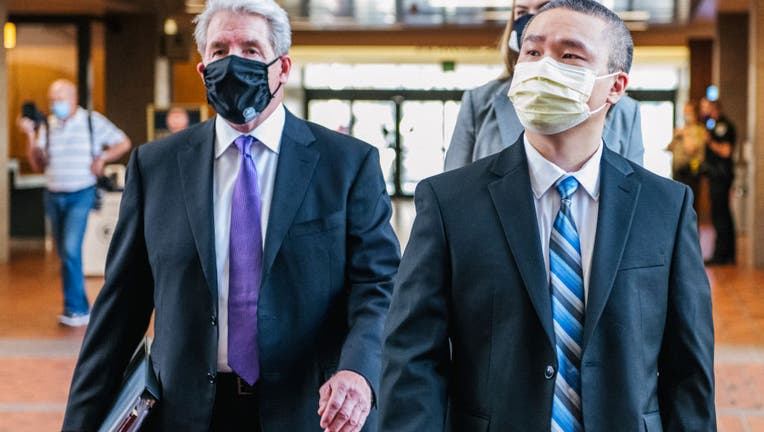 MINNEAPOLIS, MN - JULY 21: Former Minneapolis Police officer Tou Thao and his attorney Robert Paule arrive at the Hennepin County Government Center, ahead of a courthouse appearance, on July 21, 2020 in Minneapolis, Minnesota. Keung is charged with a ((Photo by Brandon Bell/Getty Images))

MINNEAPOLIS (FOX 9) - Attorneys for three of the four former Minneapolis police officers charged in connection to George Floyd's death are asking for the trial to be moved.

Chauvin's attorneys, however, asked that a order not be made until a decision is made whether or not to join the four former officers' cases.

Attorneys for J. Alexander Kueng filed a similar motion a day before.

According to an agenda filed Tuesday, the oral arguments for a change of venue will be heard at the next hearing on September 11.