A community in the south metro is on edge this week because of a viral video showing a student at Prior Lake High School using the "N-word" to harass a Black student.

PRIOR LAKE, Minn. (FOX 9) - A community in the south metro is on edge this week because of a viral video showing a student at Prior Lake High School using the "N-word" to harass a Black student.

"I’m at a loss of words for what they’ve done," Prior Lake High School freshman Nya Sigin told FOX 9 on Wednesday.

Nya says she is grateful for an outpouring of support from classmates, but she wants the school to take action against those involved, so she can feel safe continuing to attend District #719.

"Nobody is going to forget what this girl said about my sister," Nya’s sister and Prior Lake senior Elizabeth Sigin said.

The conflict started after Elizabeth and Nya say a girl at the school recorded a disturbing video attacking a pillow with the "N-word" written on it.

"She beat up the pillow while calling the pillow racial slurs, pretending as if the pillow was a Black person," Elizabeth said.

Hundreds of students and community members showed up to Prior Lake High School on Thursday to support the Nya Sigin, who was targeted by a racist video made by a classmate.

After the sisters drew attention to that video, they say more videos were made, this time directed at them. The viral video encourages Nya to commit suicide, only months after she was released from an inpatient hospital after struggles with her mental health.

"To think that they could even say such things about another human being, it’s beyond me," Nya said.

"It makes it ten times harder to succeed in such a terrible environment where you feel like you’re not loved by your community," Elizabeth continued. 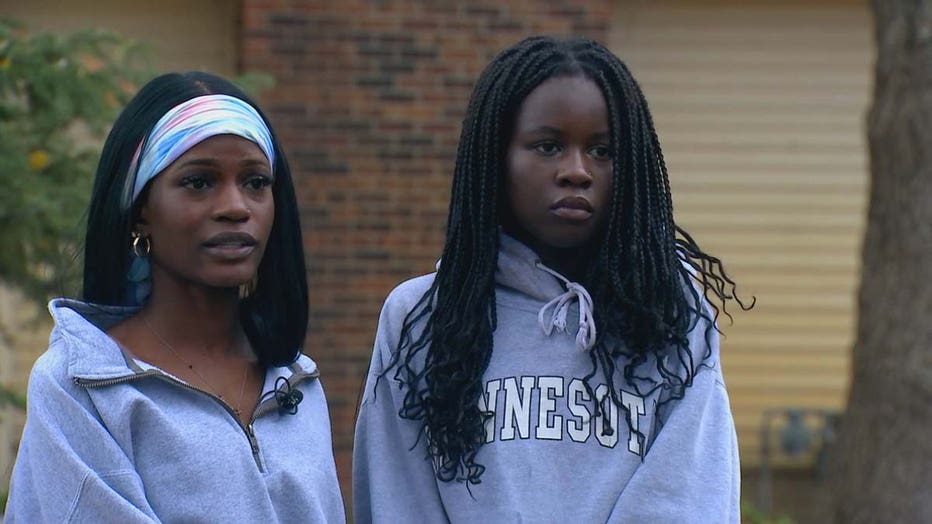 In a letter to parents on Wednesday, the school says its counselors, staff, and administrators continue to create extra space for students to talk about the horrific racist video. But for the Sigin family, that is not enough.

The Savage Police Department says its detectives are now working with the school to thoroughly investigate the matter. In Minnesota, it is against the law to encourage someone to commit suicide.

Hundreds of students and community members showed up at Prior Lake High School on Thursday to support Nya. The rally gathered outside the school shortly after classes ended for the day. School leaders had cancelled classes early on Thursday, ahead of the protest, citing safety concerns.

Chief Rodney Seurer says the department is working with the Scott County Attorney's Office to review the video and possible criminal charges. Detectives were out again

Meanwhile, on Wednesday the Shakopee Mdewakanton Sioux Community admitted the video involves a minor from its community while condemning the comments that were made.