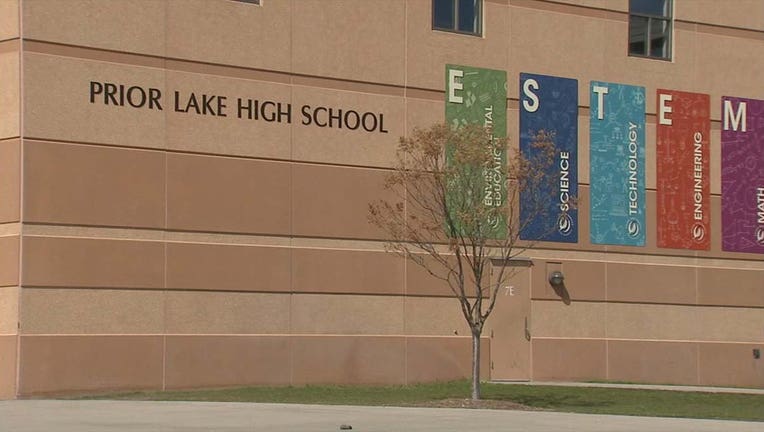 SAVAGE, Minn. (FOX 9) - Prior Lake High School and Savage Police are investigating after receiving several reports of a "serious and disturbing racist video" made by students.

The video, which has been shared widely on social media early this week, appears to show a Prior Lake high school female student talking to the camera with the flash on in a dark room. Another female voice that was off-camera also added comments throughout the video.

The girls are heard making racist remarks, saying racial slurs, and encouraging their Black classmate to take her own life.

"Nobody likes n****rs," the girls said as they laughed. "F***ing kill yourself right this time, do it f***king right. Cut deep enough this time or f***king tie the rope higher."

A community in the south metro is on edge this week because of a viral video showing a student at Prior Lake High School using the "N-word" to harass a Black student.

Principal John Bezek informed high school’s staff and families in a letter Wednesday, stating that the school "does not tolerate racism or hate speech."

"Racist messages like the ones in the video create an environment that is hostile to learning," Bezek wrote. "I want to assure students and staff that we are committed to their safety and emotional well-being."

Superintendent Teri Staloch also sent out a letter to the district’s staff and families.

"Once the video was brought to our attention, we immediately launched an investigation into the students involved, and we will take swift and appropriate action," Staloch wrote.

Savage Police said they are actively working with school administrators to investigate the matter.

MORE: 'At a loss of words': Prior Lake high school student targeted in racist video speaks out