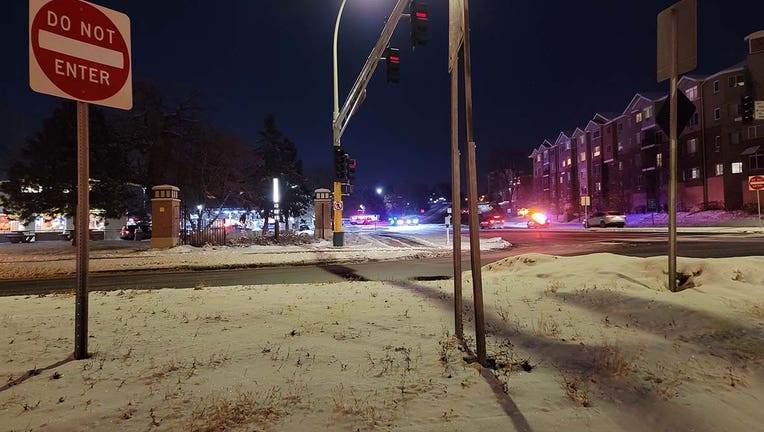 Police are investigating after one person was shot near the outlet mall in Eagan. (Photo credit: Chris Ringhand)

EAGAN, Minn. (FOX 9) - An argument over the positioning of a car seat sparked a fight that ended in a deadly shooting in Eagan, Minnesota on Saturday.

A criminal complaint filed on Tuesday charges the suspect, 31-year-old Sakaria Ahmed, with second-degree murder for the shooting of 33-year-old Faisal Abukar.

Abukar was the man found shot at the Marathon gas station along the 1900 block of Silver Bell Road in Eagan on Saturday, December 18. Police were called for the shooting around 7 p.m. that night.

At the gas station, officers found Abukar with a gunshot wound to his head. He was rushed to the hospital where he later died. At the scene, police also learned of a car crash down the road, which is where they found Ahmed and determined he had been involved with the shooting.

In the criminal complaint, a witness who had driven to the gas station with Abukar said they had gone to meet up with another person. That individual had arrived as a passenger in a sedan driven by Ahmed, police said, and that man climbed into the backseat of the car Abukar was in. The purpose of the meeting was not disclosed by police, if known.

When the shot was fired, the witness was able to run away. When he looked back, he said he saw Ahmed pointing the gun towards him. But, the witness was able to get to safety at a nearby McDonald's. Ahmed and his passenger eventually drove down the road but crashed about 100 yards from the scene. Police said Ahmed ran to the area of an outlet but was ultimately arrested.

The passenger who attacked the witness was not located, however.

Ahmed is being held in Hennepin County Jail on $750,000 bail with conditions. He is set to return to court on February 16.